Why the decades of reluctance? I guess I was afraid of hanging out with a mousey, fearful spinster in her mid ’30s who has little to look forward to and knows it. I was afraid of what I’d been told would be a kind of downer vibe — a death-watch film. Which, one presumes after reading the synopsis, is seemingly emphasized by the fact that Rachel’s deceased dad (played by a 37-year-old Donald Moffat) was a mortician.

I was wrong to presume this. Because the film is more sad than downish, because the screenplay is shrewd and well-honed, and because Woodward’s performance is undeniably moving. Many have called it her best ever, and I’m inclined to agree.

Woodward, also 37 during filming, was nominated for an Oscar**, and won Best Actress trophies from the New York Film Critics Circle, the National Society of Film Critics, the Hollywood Foreign Press Assoc. and the British Academy Film Awards.

I was struck by the Woodward-like eyes of the eight-year-old actress who plays Rachel in flashbacks, and lo and behold the performer is Newman and Woodward’s daughter, Elinor Teresa Newman.

Newman, a first-time director, wasn’t Oscar-nominated but won trophies from the New York Film Critics Circle and the Hollywood Foreign Press. He and Woodward shot Rachel Rachel in Bethel, Danbury, Georgetown and Redding in August 1967 — two and a half months after the release of Sgt. Pepper’s Lonely Hearts Club Band and smack in the middle of the Summer of Love.

** Woodward’s Oscar competition was Katharine Hepburn in The Lion in Winter, Barbra Streisand in Funny Girl, Patricia Neal in The Subject Was Roses and Vanessa Redgrave in Isadora. Hepburn and Streisand both won, having tied in the vote. 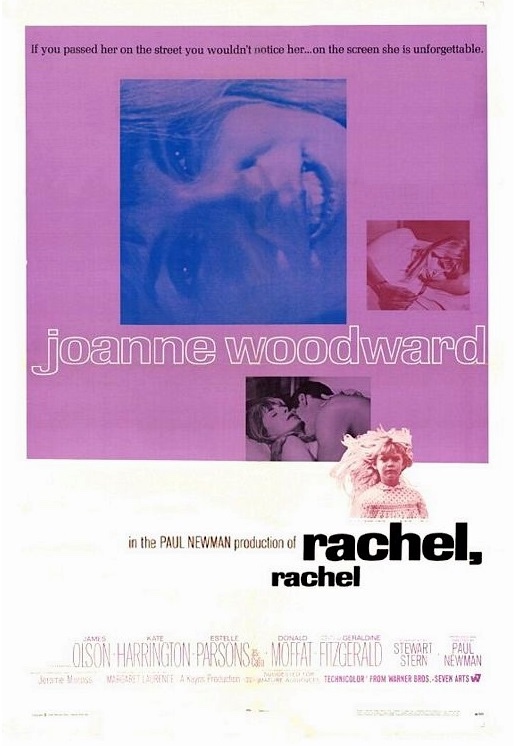 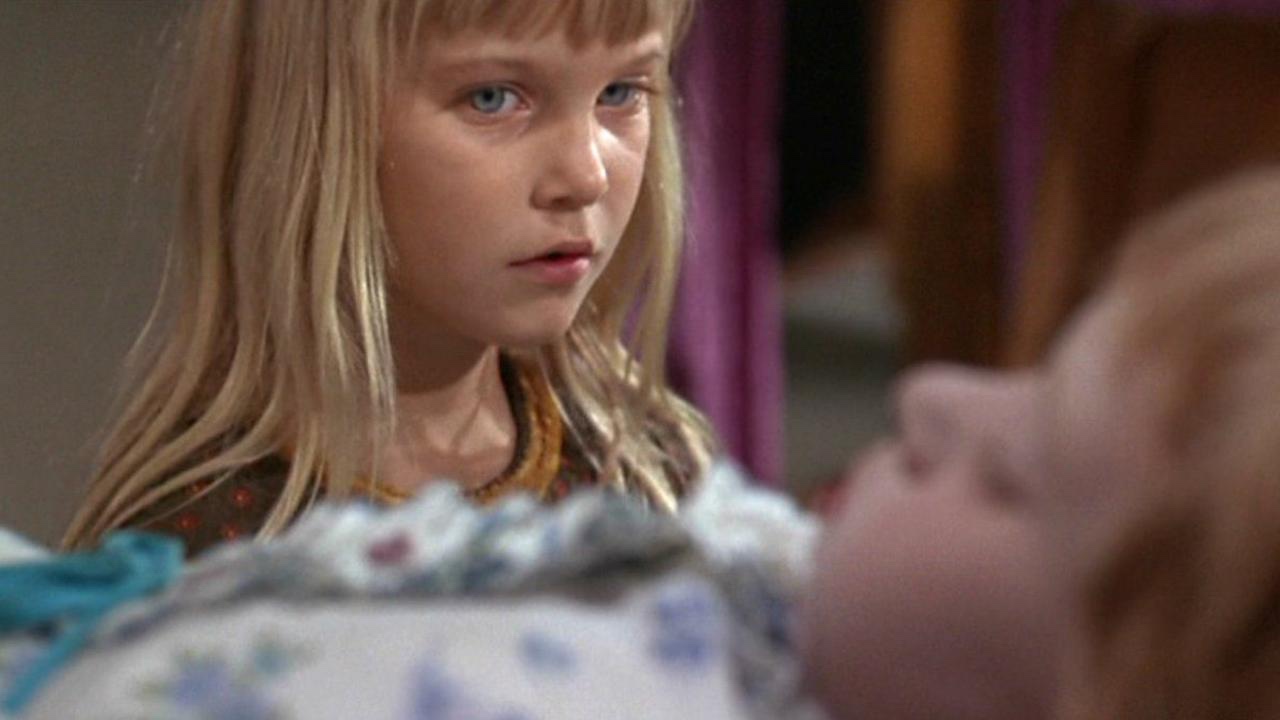