No Bond So Close

There’s an arresting quote attributed to Woody Allen by the late Gordon Willis in a 5.29 Believermag q & a by Chris McCoy. Willis is asked about his bountiful relationship with Allen (Annie Hall, Interiors, Manhattan, Stardust Memories, Zelig, Broadway Danny Rose, The Purple Rose of Cairo), and he calls it “a very good association. It was probably my favorite. I’m very quick to tell somebody how they should [shoot a scene] from a blocking-photographing point of view. I offer a lot.” And then the kicker: “Woody liked most of it and that he didn’t have to deal with it. He said once, ‘We both hate the same things.’ Which is true.” 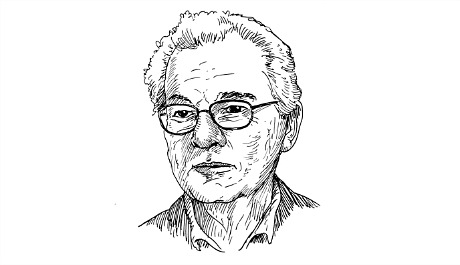 Now that is a bond.

No, I don’t place more trust in hate than in love. Obviously a life that isn’t primarily driven by love and worship isn’t much of a life. It follows that the first initial steps in any relationship (emotional, professional, erotic, neighborly, marital) are going to be based on a recognition of shared loves and devotionals. People will naturally default to that because it makes them feel more positive and alpha to go there. He: “I like taking walks on Sunday morning with my dog.” She: “Me too. And then meeting friends and their dogs for breakfast at the local diner…perfect!” He: “Is vanilla your favorite ice cream flavor?” She: “No, cookies and cream…but vanilla is my second favorite!”

But the things that really matter deep down are shared hates, which is to say shared distastes which are the basis of taste and perceived aesthetic value in all things. I could never fall in love with a woman who loves the color orange. Or who loves CG-driven blockbuster tentpole films. Francois Truffaut once said that “taste is a result of a thousand distastes” but if you’re looking to get married or partner up with someone who parks their car in the same garage then you’re basically talking about someone who hates like you. This is a much more fundamental mortar in any pairing with a friend or professional colleague or lover than shared alpha stuff.

I’m beating a dead horse now but to put it another way, sharing a liking for David Fincher‘s Alien 3 or taking long walks on the beach are well and good but there are few things in life that convey a deeper sense of intimacy and trust than to say about a person than “he/she hates like I do.”

“One of the things I wish would be happening now, which doesn’t seem to be happening much…maybe I’m missing it…but I’m so thirsty for narrative in the movies. Just decent narrative. Narrative filmmaking is right on the edge of not existing anymore. [I’m talking about] good storytelling. I always said that you could photograph a good story badly and it wouldn’t matter, but you can shoot a bad story well and it’s not going to help the story at all. It’s not. But you get the two together, and it’s great.”

And I love this rant about mediocre directors:

“People don’t see what they’re looking at. They’ll find a location or a room or even a person, and they don’t see it. They’ll look at it, but they’ll immediately want to move it or change it to something they’re more comfortable with. I’d say, ‘Then why are we here? What are we doing here if you want to do all of that? It looks great now, don’t fix it.’ A lot of people think, ‘Well, I’m being paid all this money, I have to do something.’ But the person who’s really worth a lot of money is the one who looks at something and knows what not to do — don’t do that, don’t do this, leave this here. I always found that a more important decision — what you don’t do.

“[But] if you do do something, make it definitive. Well, what if this doesn’t work? I hate when somebody says, ‘This may not work.’ You’ll never get anywhere with that. I’ve pushed a lot of people out of my way — I don’t mean physically — over them being afraid something isn’t going to work. They say, ‘What are my options?’ Well, you have no options. You’ve got to process this idea and follow it through. If it fails, then it’s over. You failed it — next time, do something else. But don’t say ‘What are my options?’ Because what you’re saying is ‘What if this doesn’t work?” Well, it’s not going to work because in the back of your mind you’ve already got that in your head.”