I knew 20 minutes or so into last night’s Quantum of Solace screening that I’d never see it a second time. (Like I have with The Bourne Ultimatum.) I didn’t want to leave — it certainly holds you and never lets the engine idle — but I wasn’t feeling all that adrenalized. The fierce moves are in place but the high wouldn’t kick in. It’s the kind of film that keeps you alert and munching your popcorn, but it gives the term “brutal efficiency” a bad name. 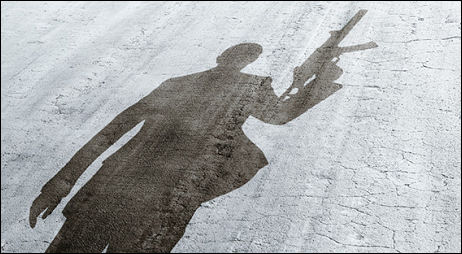 Quantum of Solace is Bourne-y, all right. The makers — director Marc Forster, in particular — had no choice but to acknowledge the supremacy of that franchise and particularly the game-changer moves engineered by the great Paul Greengrass and Matt Damon. But the damn thing works you over like a machine and I just never fell in like with it. I’m fine with the old-school hallmarks having been jettisoned, but it’s overly brutal and just too much of a metal-hammer-to-the-forehead experience. And I say this having adored the last Bourne film.

If someone I trust had come up to me after the screening and offered me a quaalude, I would have popped it immediately. How many action movies have you seen lately that have put you in the mood for medication?

It’s not Daniel Craig‘s fault. He’s done what he’s been told to do, and quite well at that. But the film doesn’t let him do or be anything other than brusque and occasionally savage. And the action stuff he performs seems a little cyborgy at times.

Quantum of Solace is the tightest, most cynical and most coldly assaultive 007 film ever, but I’m not sure where that leaves us. I felt a slight distance from it early on. Not turned off or repelled or even alienated, per se, but if the projector had broken down and the screening cancelled I would have been no more than mildly disappointed. Action junkies will be fine with it, I guess, but what does that say? Action junkies are notoriously easy lays.

The last seven or eight minutes, however, are quite fine — solemn, thoughtful, restrained — and endings, as we all know, are half the game. So I’m recommending it for the finale, at least.

Drew Kerr has assembled a list of 20 Bond song favorites, worst to best. No Bond theme has ever been all that great, but Paul McCartney‘s “Live and Let Die” has always seemed the catchiest and most strikingly orchestrated, and I still think of Carly Simon‘s “Nobody Does It Better” as being the wittiest and most intimate.

I need to hear Jack White‘s Quantum of Solace number a couple of more times before deciding, but what are the odds I’ll give it another serious listen, knowing as I do that I’ll never see Quantum again, even on Blu-ray?.