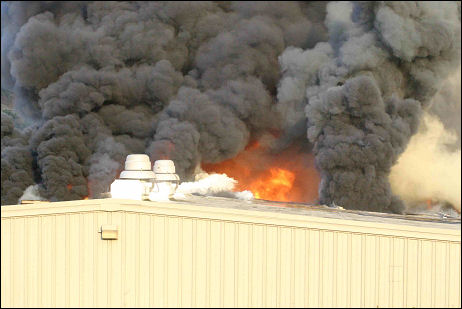 The fire has apparently wasted much of the Back to the Future, the King Kong ride/exhibit and “thousands of videos and reels in a vault,” says an AP story.
“Roughly 40,000 to 50,000 videos and reels were in the video vault, but these are duplicates stored in a different location, said Ron Meyer, NBC Universal president and chief operating officer. Firefighters managed to recover hundreds of those titles from the vault.
“The blaze broke out on a sound stage in a set featuring New York brownstones facades around 4:30 a.m. at the 400-acre property. The fire was contained to the lot but still burning several hours later.