Former Army lieutenant William Calley made his first public apology four days ago (i.e., 8.19) for the infamous 1968 My Lai massacre, in which he participated and for which he was convicted for the premeditated murder of 104 women, children and elderly folk on 3.16.68. Nearly 500 non-combatants were reportedly slaughtered that day in the village, which was actually called Son My. 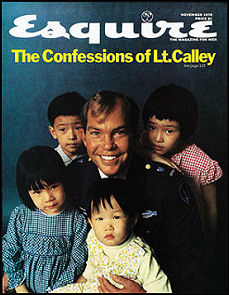 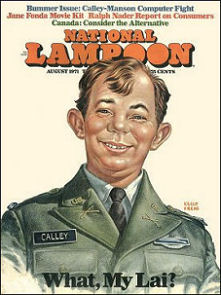 “There is not a day that goes by that I do not feel remorse for what happened that day in My Lai,” Calley reportedly told a Kiwanis Club gathering in Columbus Georgia, last Wednesday evening. “I feel remorse for the Vietnamese who were killed, for their families, for the American soldiers involved and their families. I am very sorry.”

Calley has also been reported as saying that “if you are asking why I did not stand up to them when I was given the orders, I will have to say that I was a 2nd Lieutenant getting orders from my commander” — Cpt. Ernest Medina, he meant — “and I followed them. Foolishly, I guess.

The guy says nothing about his role in one of the worst U.S. military atrocities for over 40 years? What did he do with those ghosts and demons all that time? Did they take up residence in a guest room? Calley’s silence seems especially appalling considering a 10.6.07 Daily Mail story called “Found: The Monster of My Lai“, which states that the first time he thought about openly discussing it (but only for an hour) was because he thought he might pocket a big check.

Wikipedia summarizes the story as follows: “In October 2007, Calley agreed to be interviewed by the UK newspaper the Daily Mail to discuss the massacre, saying, ‘Meet me in the lobby of the nearest bank at opening time tomorrow, and give me a certified cheque for $25,000, then I’ll talk to you for precisely one hour.’ When the journalist ‘showed up at the appointed hour, armed not with a cheque but a list of pertinent questions’, Calley left.” 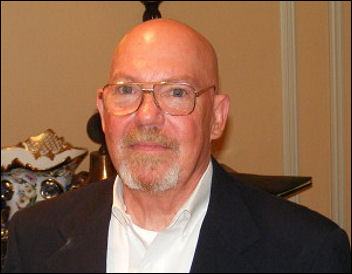 At the time of his conviction on 3.31.71 (which resulted in a commuted sentence and being freed from house arrest after three years), a reported 79% of Middle Americans disagreed with the verdict, seeing Calley as a scapegoat. It is presumed that many U.S. soldiers wasted Vietnamese civilians during that infernal conflict, and that Calley is just the only one who stood trial for it.

For what it’s worth I never saw the My Lai massacre as strictly analagous to the citizen-killing situation depicted in Bruce Beresford‘s Breaker Morant. To go by Seymour Hersh‘s reportings the My Lai killings didn’t seem strategically necessary as much as impulsive murders that were primarily emotional in nature. It’s too bad that Oliver Stone‘s Pinkville, which would have dealt with the massacre and the whistle-blower who finally revealed what happened, was deep-sixed.