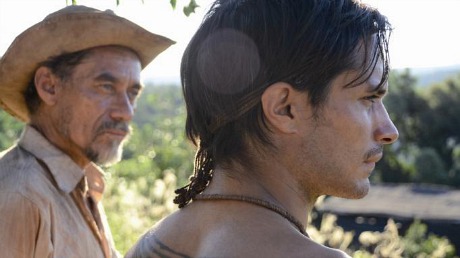 Laurent Becue-Renard’s documentary Of Men and War, Adilkhan Yerzhanov’s The Owners and Tony Gatlif’s Geronimo will screen under the Special Screenings banner. Hungarian helmer Kornel Mundruczo’s Feher Isten” (White God) has been added to Un Certain Regard. Andre Techine’s In The Name of My Daughter, a crime drama costarring Guillaume Canet, Catherine Deneuve and Adele Haenel, will screen out of competition.

In my impressionable mind Thierry Fremaux blew it big-time by not giving competition slots to Fatih Akin‘s The Cut and Christian Petzold‘s Phoenix. What do I really know about these films? Nothing. But I know a little something about Akin and Petzold, and I know (i.e., have been told) that the German film industry felt gobsmacked when these two were elbowed aside.