A couple of hours hence I’ll be heading over to BAM’s Harvey Theatre and a matinee performance of the Sydney Theatre Company’s A Streetcar Named Desire, which began yesterday and runs only through 12.20. The lure, of course, is a reputedly devastating Cate Blanchett as Blanche Dubois. The classic Tennessee Williams play was directed by Liv Ullman, and costars Joel Edgerton as Stanley Kowalski and Robin McLeavy as Stanley’s wife and Blanche’s sister, Stella. 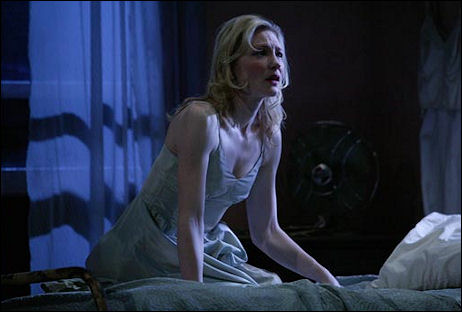 “If Blanchett’s nerve-shattering turn doesn’t knock the wind out of you, then there is nothing on a stage that can blow you away,” wrote Washington Post critic Peter Marks on 11.2. “What Blanchett achieves…amounts to a truly great portrayal — certainly the most heartbreaking Blanche I’ve ever experienced.”

I know the Streetcar dialogue so well I’ll be able to mouth a good part of it along with the actors. Like Winston Churchill mouthing Hamlet from the front row as he watched Richard Burton perform it on the London stage in the ’50s.

The run is totally sold out, of course. Impossible to get tickets except through fiendish scalpers. 190 minutes with intermission, or something like 170 or 175 minutes without. Elia Kazan‘s 1951 film ran 122 minutes, or roughly 50 minutes shorter. 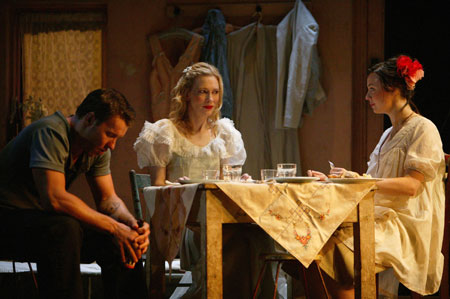