Green Cine Daily‘s D.K. Holm has written about the conflicting opinions that have greeted Paramount Home Video’s just-released, two-disc To Catch a Thief special edition DVD. Two reviewers — DVD Authority‘s Matt Brighton and Slant‘s Fernando F. Croce — have declared that the new transfer (which is based upon the original VistaVision elements) is identical to or at least not noticably improved compared to PHV’s passable-but-unexceptional 2002 version. 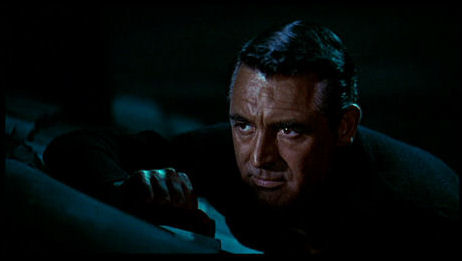 I watched this disc last night on my untrustworthy 17-inch Gateway, and there’s no delicate way to put this: Brighton and Croce are wrong. They need to get new contact lenses and/or a better-quality DVD player or monitor. I’ll admit that the new transfer isn’t drop-your-pants different from the ’02 version, but it’s obviously smoother, crisper, less artifact-y, less shadowy and more naturally colored. By this I mean that the ’02 DVD looks “pushed” whereas the new version looks more solid and relaxed and straight-from-the-negative. 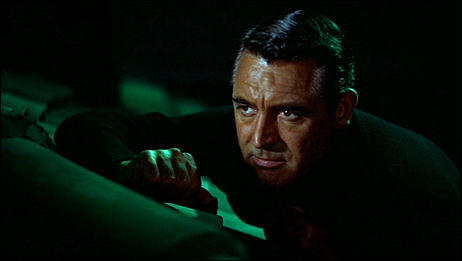 …and from the just-released special edition

DVD Beaver‘s Gary Tooze has said more or less the same thing, and he also shows you the differences between the two. Sorry, but there’s no question about it. Henceforth, readers need to take all picture-quality comments from Brighton and Croce with a grain of salt, and a somewhat larger amount of suspicion.