Coppola at the Sherry Netherland

It was sometime in the mid-fall of ’81 (call it 40 years ago), and I’d been working as managing editor of The Film Journal for a bit more than a year. I was working late (well after dinner, close to 9 pm) and decided to try my luck with Francis Coppola, who was staying at the Sherry Netherland. I should have gone through his publicist, Renee Furst, but she would’ve told me to wait until One From The Heart‘s release in February. So I just went for it. I cold-called him, he picked up, I somehow put him at ease and we talked for almost two hours. I recorded our chat and ran the transcript as a two-parter.

Secret ingredient: I dropped a quaalude (Lemmon 714) just before I called, and you know what quaaludes do — they loosen your inhibitions and make you feel confident and unflustered and loosey-goosey. So I wasn’t afraid to say anything, and I was feeling kind of empowered and eloquent and plugged in, and it all worked out. I never did another quaalude interview — this was a one-off. 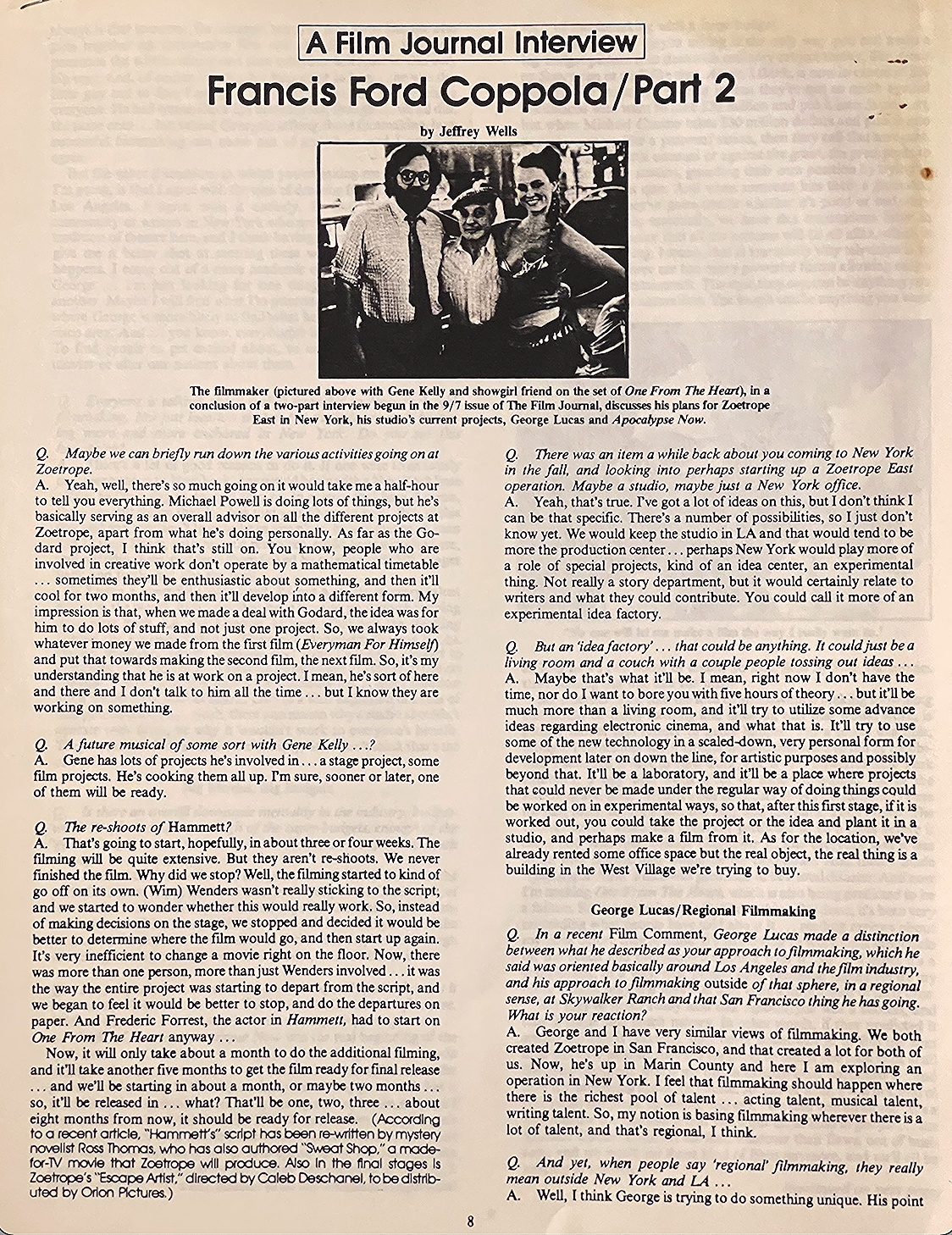 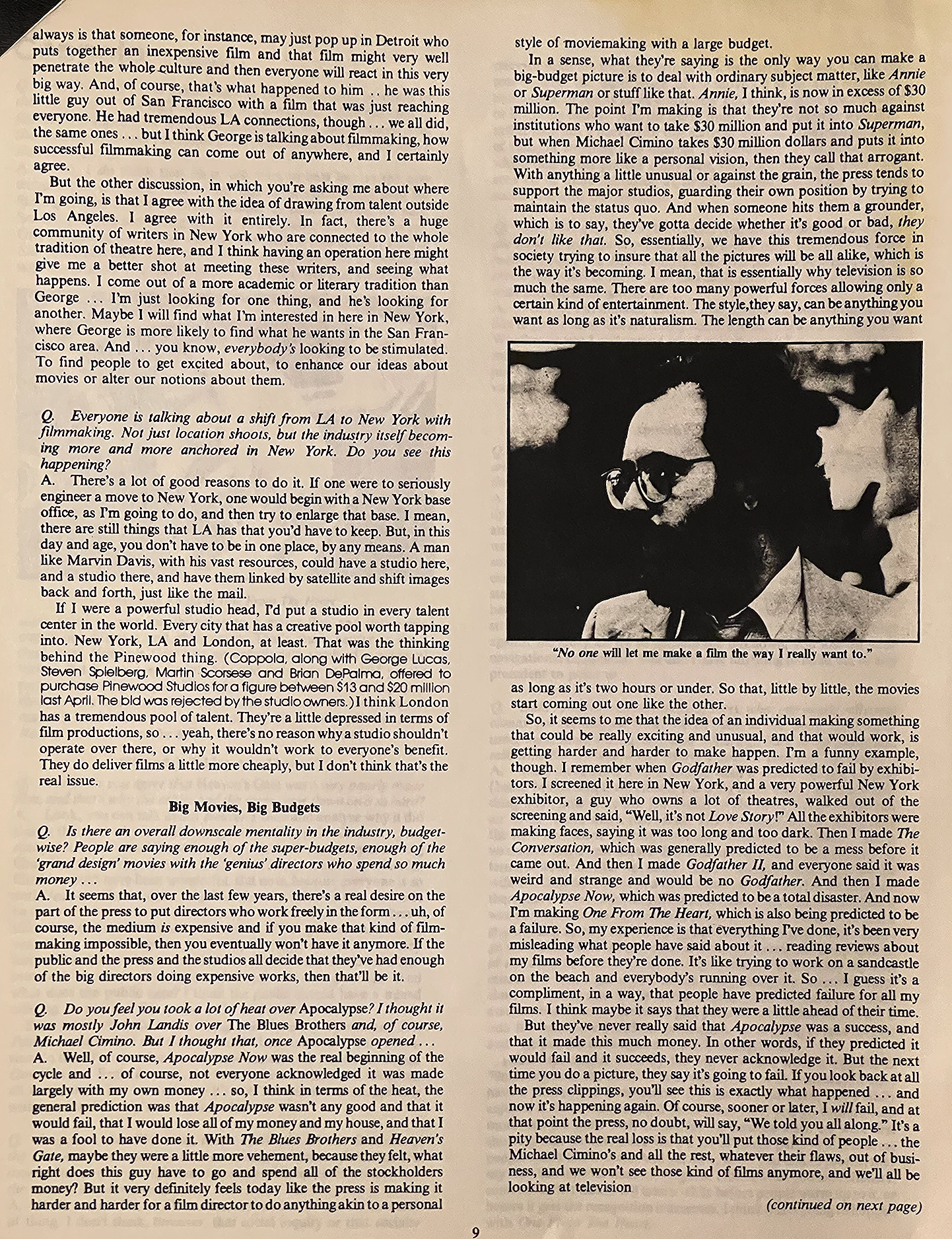 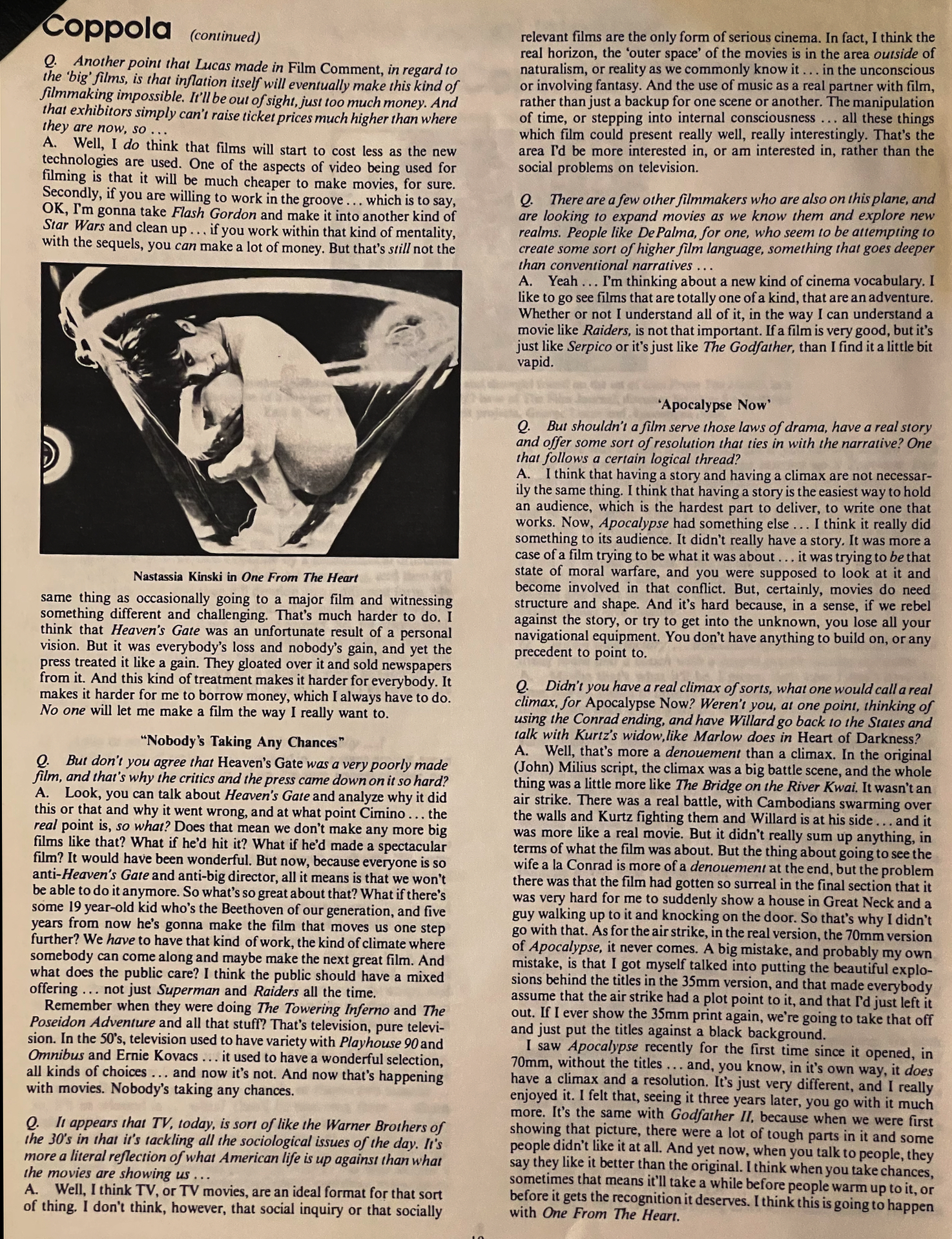