Corbijn On The Line

Here’s the 15-minute phoner I did this morning with A Most Wanted Man director Anton Corbijn, who called from Berlin. The chat speaks for itself. I found it hilarious that Corbijn, who first came to attention as a world-class photographer and a visualist of the first order, doesn’t own a highdef flatscreen. His personal TV, he says, is about 15 years old. He also says he’s never seen the Bluray of Control, his masterful 2007 debut film that was rendered in luscious Scope black-and-white. Corbijn is now editing his next film, Life, about the friendship between Life photographer Dennis Stock (Robert Pattinson) and James Dean (Dane DeHaan). Again, the mp3. And again, my review of A Most Wanted Man, posted at 3pm this afternoon. 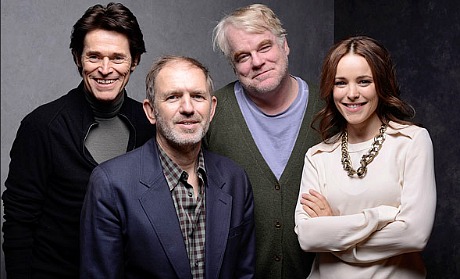