You think I want to clear my desk so I can see David Ayer‘s The Tax Collector (RLJE Films, 8.7)? Because I really don’t. I received a link yesterday and I’ve been avoiding it like the plague. Well, not like “the plague” but I can think of 17 or 18 activities I’d rather engage in than watch this damn thing. Six Rotten Tomatoes critics hate it. A friend says it’s “terrible.” Okay, I’ll watch it later today.

The thing that’s getting in my way is that Shia Labeouf, second-billed role as a criminal psychopath called “Creeper”, has tattooed his chest and abdomen for real (i.e., can’t be removed) as way of getting into character.

What kind of a maniac does such a thing? For the rest of his life Shia will have to look at this extravagant, absurdly dominating tat every time he gets out of the shower, and all because he happened to play a malignant monster in a minor David Ayer film. 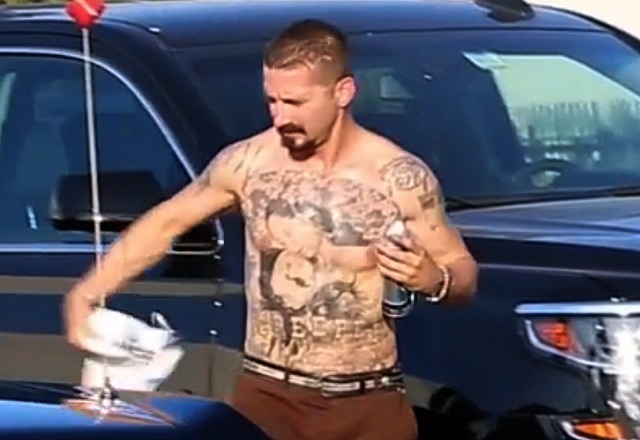 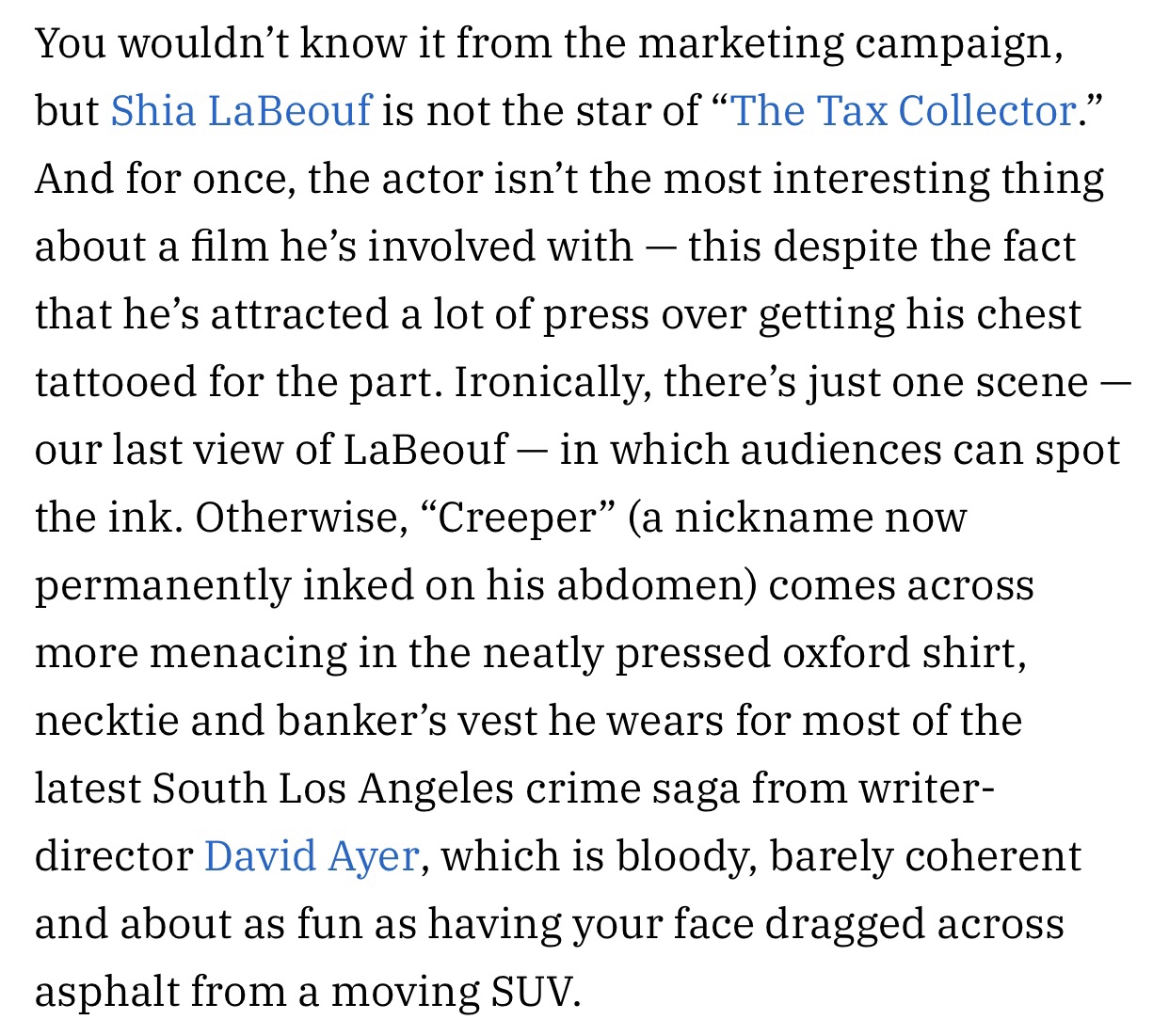 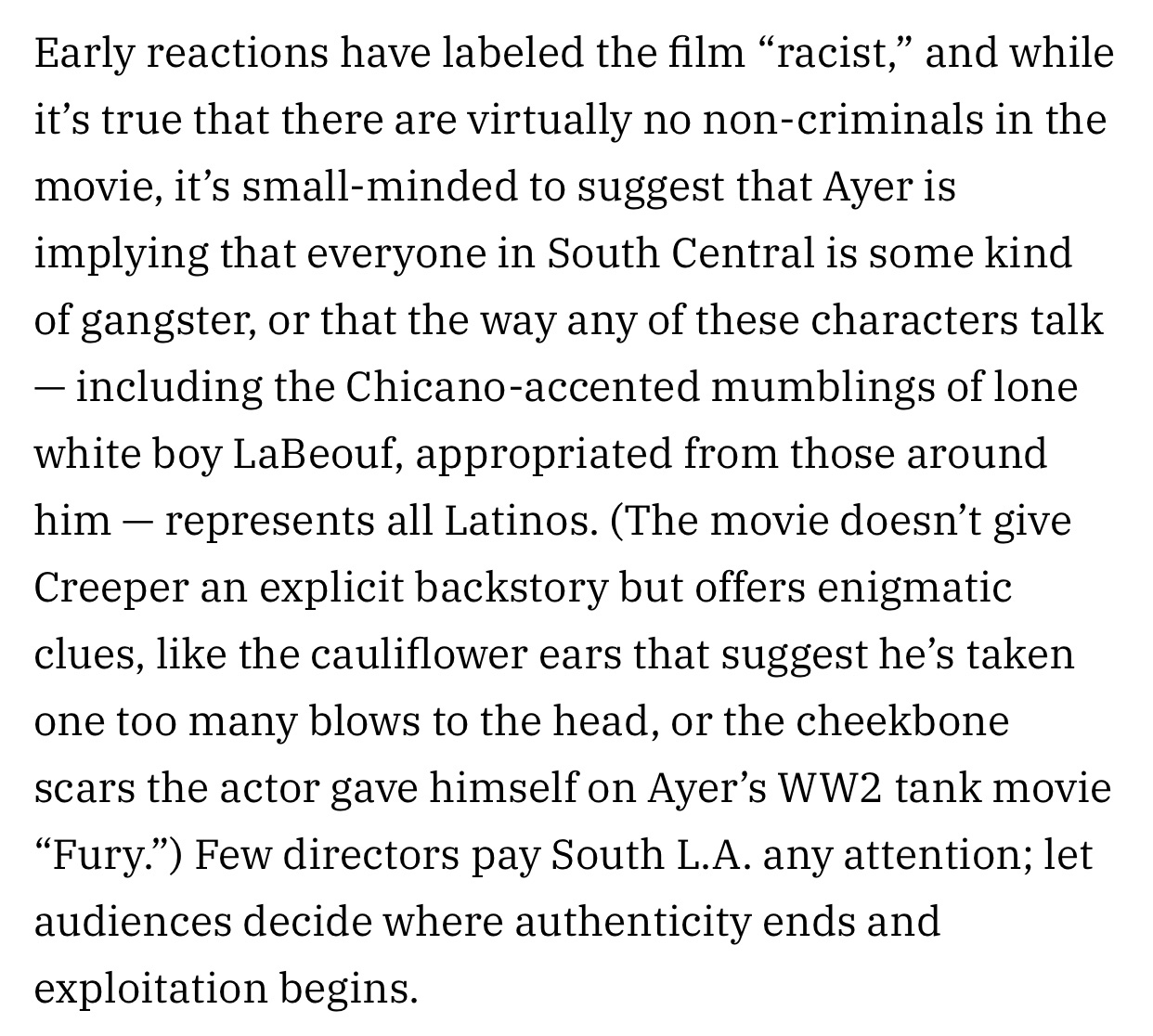