I own a razor-sharp HD-streaming version of John Frankenheimer‘s Seven Days in May (’64), and I really don’t see how the Warner Archive Bluray can look much better. It’s a nicely done A-minus film, but it only has one great scene — i.e., when Kirk Douglas (Col. Jiggs Casey) first informs Fredric March (President Jordan Lyman) and Martin Balsam (Paul Girard) that a military plot to overthrow the government may be underway. It’s all dialogue, but the late-night atmosphere and just-right performances seethe with tension.

There’s only one big problem. Every scene that features or alludes to Ava Gardner‘s Eleanor Holbrook character, the vaguely alcoholic ex-mistress of Burt Lancaster‘s General Scott, is weak. The movie tells us that a few steamy letters about their affair might compromise Scott’s standing with the public. However prudish or naive American culture might have been 53 years ago, this is a huge subplot sinkhole today. Sexual dalliances can harm the reputation of a politician running for office, but who could care about a little wick-dipping when it comes to the chairman of the Joint Chiefs of Staff? So what if a Curtis LeMay-like figure has been playing “poke-her”? 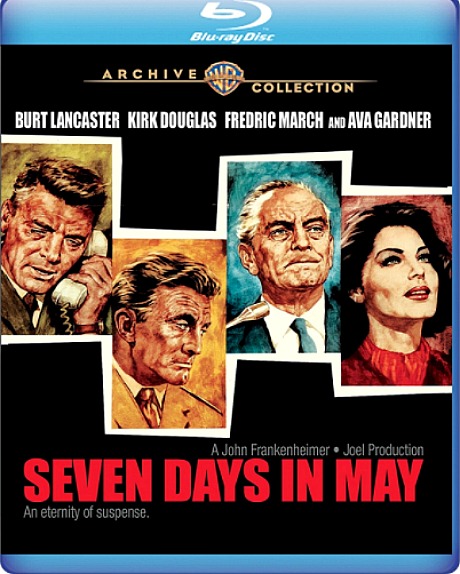 April 24, 2017by Jeffrey Wells9 Comments
« Previous post
Beware of Will Smith Vote In Any Context
Next post »
Boxy Allegiance