I can’t imagine how a serious sexual trauma might affect a young person’s sense of themselves, or how it might hinder or compromise their progression into adulthood. I certainly don’t want to get into the particulars in this episode, not knowing anything first-hand. But Weide has pointed out several facts that make the Mia/Ronan/Malone view of things seem at the very least questionable. He hasn’t offered slurs or factoids or rationalizations or arguments as a pally and colleague of Allen’s — he’s stated stone cold facts and offered what sound to me like reasonable evaluations.

A portion of Weide’s piece which appears about midway: “A brief but chilling synopsis of the accusation is as follows: On August 4, 1992, almost four months after the revelation about Woody and Soon-Yi’s relationship understandably ignited a firestorm within the Farrow household, Woody was visiting Frog Hollow, the Farrow country home in Bridgewater, Connecticut, where Mia and several of her kids were staying. During an unsupervised moment, Woody allegedly took Dylan into the attic and, shall we say, ‘touched her inappropriately.’ Later in the day, it was alleged that the child was wearing her sundress, but that her underpants were missing. The following day, Mia’s daughter allegedly told her mother what had happened, and Mia put the child’s recounting of the story on videotape as evidence.

“Did this event actually occur? If we’re inclined to give it a second thought, we can each believe what we want, but none of us know. Why does the adult Malone say it happened? Because she obviously believes it did, so good for her for speaking out about it in Vanity Fair. Her brother Ronan believes it happened, so good for him for sticking up for his sister in 140 characters or less. They’ve both grown up in a household where this scenario has been accepted as indisputable fact, so why shouldn’t they believe it?

“I know I’m treading a delicate path here, and opening myself up to accusations of ‘blaming the victim.’ However, I’m merely floating scenarios to consider, and you can think what you will. But if Mia’s account is true, it means that in the middle of custody and support negotiations, during which Woody needed to be on his best behavior, in a house belonging to his furious ex-girlfriend, and filled with people seething mad at him, Woody, who is a well-known claustrophobic, decided this would be the ideal time and place to take his daughter into an attic and molest her, quickly, before a house full of children and nannies noticed they were both missing.” 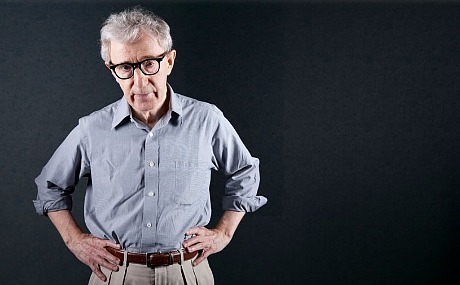