In documentary terms the story of the West Memphis Three was initially examined by Joe Berlinger and Bruce Sinofsky‘s Paradise Lost: The Child Murders at Robin Hood Hills (’96). Which was followed by Berlinger-Sinfosky’s Paradise Lost 2: Revelations (’00) and Paradise Lost: Purgatory (’11). And then at last January’s 2012 Sundance Film Festival came Amy Berg‘s West of Memphis (’12), the Peter Jackson-produced doc that I feel is the best telling of all. 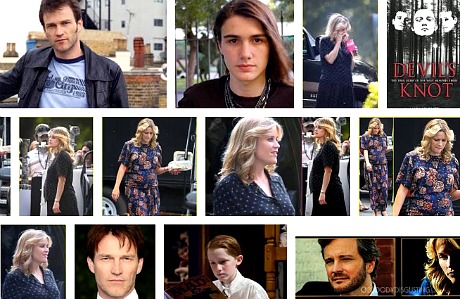 I’m mentioning this because two nights ago I was offered a chance to catch a couple of research screenings of Devil’s Knot — one scheduled to happen last night or tonight in West Hollywood, I was told, and one in Pasadena. I don’t attend these types of screenings, of course, but if it’s being refined now…well, it’ll probably debut at the Toronto Film Festival, right? Egoyan being Canadian and a mainstay of that gathering, etc. Or it could turn up in Cannes. The only question is “how many times are the people who would normally be receptive to a smart, grade-A true-crime film…how many times will these folks be wiling to go to the West Memphis Three well?”