The response last month to Dallas Buyer’s Club (Focus Features, 11.1) among Toronto Film Festival journos was that it’s a very good film containing two award-calibre performances — Matthew McConaughey‘s as Ron Woodruff, the real-life Texan who became a renegade supplier of unapproved AIDS-fighting medications after being diagnosed as HIV-positive in 1986, and Jared Leto‘s as Rayon, Woodruff’s drag-queen ally who helps him with distribution among the gay community. But I changed my mind after seeing it again last at the Academy. Because it sank in deeper and I teared up a bit. Jean-Marc Vallee‘s disciplined direction and Craig Borten and Melissa Wallack‘s tightly woven but natural-flowing screenplay deliver a compelling humanist current. I came away thinking that this has to be in the Best Picture arena. I was too whipped to absorb it fully in Toronto. Seeing it fresh and rested last night turned things around. 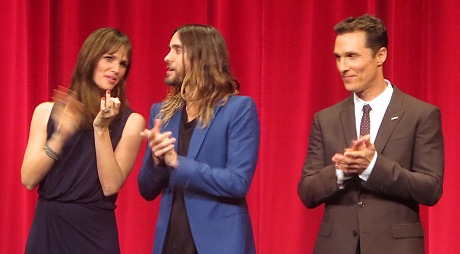 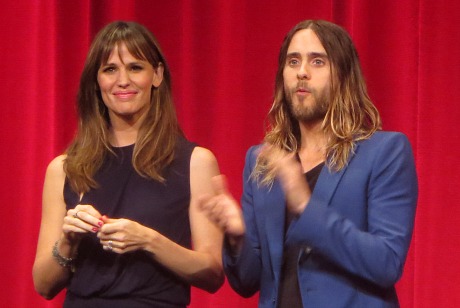 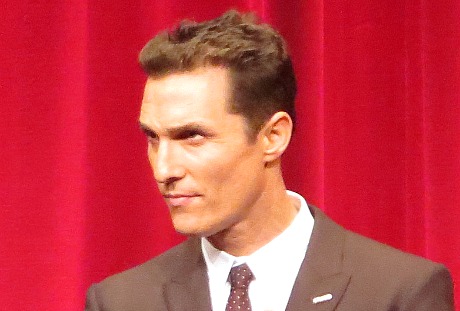 Jennifer Garner delivers her career-best performance as a Dallas-area doctor — good enough to warrant talk of a Best Supporting Actress nomination (although no one is going to beat 12 Years A Slave‘s Lupita Nyong’o). I also fell in love with Griffin Dunne‘s performance as a Mexico-based, shagy-haired physician who turns Wooodruff on to several non-toxic, life-restoring medications. Kudos also to costars Steve Zahn, Dallas Roberts, Michael O’Neill and Denis O’Hare. 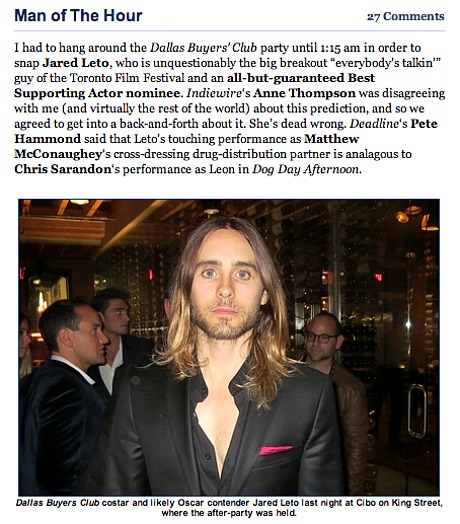 Originally posted during the Toronto Film Festival — here’s the link.