I explained myself a bit more this morning in the discussion thread for yesterday’s riff about what I called the “Guru Consensus Virus.” Here’s what I said: “I’m just talking about conversation drivers and that subtle but very familiar process in which online pundits leave a certain film off their Best Picture contender list (Grantland‘s Mark Harris did this two or three days ago to All Is Lost) and/or put it at the bottom of their list of likelies, and before you know it that very good and deserving film is on the downslide and more or less dead. 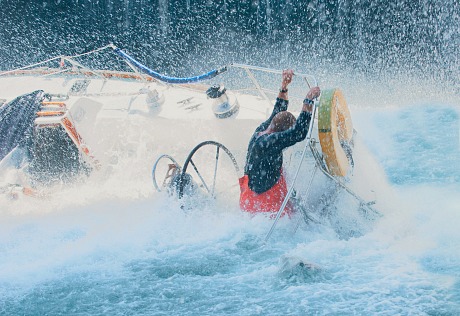 “Some of us are covert List Queens and others (like me) are upfront about it. Gurus of Gold and Gold Derby are the two big destination sites for award-season List Queens.

“People naturally default to readily available lists and other forms of shorthand in their end-of-the-year evaluations. What else are they going to reference when they’re discussing which films are among the best? Something the maid said? You can argue that no one is gonna look at a Gurus chart and go, ‘Shit, no one put All Is Lost on their Best Picture predictions so I guess I shouldn’t like the movie and, ergo, shouldn’t put it on my ballot…bummer, man.’ But that’s precisely what the Academy Zeligs do. That’s precisely what the Zeligs do. Deep down, most people are sheep.”

The colleague allowed that the Gurus of Gold, Gold Derby and the Oscar prognostication sites “help to herd the contenders into a pen and the voters decide after they’ve done that part of it. It may be lazy but they have no time to watch everything and see everything. So the bloggers and critics help to thin the herd. That’s all. You also must have the goods once people actually see the movie. All you can do is get them to watch it. You can’t make them like it or vote for it.”

The colleague claimed, however, that the Gurus and Derby-ites are just “calling it as they see it. They’re not trying to influence [the race].” And I replied, “What does it matter what they’re ‘trying’ to do? They’re influencing the race. They do it every damn year and they always go ‘who, us?'”

The colleague replied, “Why should Mark Harris care about All Is Lost particularly?” And I said, “Oh, I don’t know. Because it’s the only dialogue-free film in cinema history to really work in a gripping, atmospheric, psychological and propulsive fashion with a big-name, big-legend movie star — a guy who says almost nothing throughout and interacts with no other human characters. Because it tells a story visually like few others have ever done. And because the 95% Rotten Tomatoes score underlines that All Is Lost is one of the really important films of the year. But other than that….hmmm, I don’t know, maybe you’re right. Why should Mark Harris care about All Is Lost particularly? Except he left it off his Gold Derby list of projected Best Picture contenders. He dumped it.” 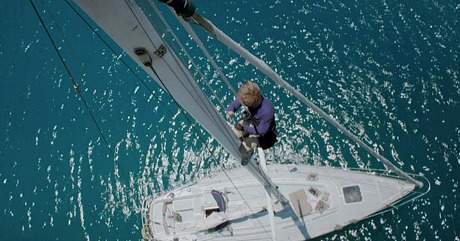 Colleague: “The point is not whether or not Mark Harris has it on his list. The point is whether it’s good enough to get nominated for Best Picture. I think it is but who knows? It has to be a significant number of Academy voters’ #1 of the year. If you can find them you have a done deal. Mark is probably thinking it’s too small a movie to get in for Best Picture — and actors rule the Academy so a movie with just one actor will have a tough time. For instance, Cast Away — no Best Picture nomination. Things are different now than they were then but it is not an implausible idea that it might miss.”

My response: “Quote #1: “I think it is [Best Picture material] but who knows.” — in other words, you’re sensing or hearing that others in your particular realm aren’t entirely convinced that it has the necessary Best Picture rocket fuel and so….toss it! Quote 2: “It has to be a significant number of Academy voters’ #1 of the year.” Right, and let’s afford full respect to those Academy voters who are putting The Butler in their #1 slots. Quote 3. “If you can find them you have a done deal.” If I can find enough All Is Lost fans…? By what, going door to door? What you’re saying in shorthand is that Joe and Jane Popcorn (or Joe and Jane Milquetoast or Academy member) aren’t quite comfortable with a brilliant film that delivers a gripping, wholly satisfying survival thriller unless it has (a) the usual amounts of dialogue and (b) other characters (villains, supportings, costars) to talk to and go up against or what-have-you. Quote 4: “It is not an implausible idea that it might miss #1.” It might not be a #1 film in some people’s minds, agreed, but you know what? Suggesting as much at this stage of the game creates a certain headwind against All Is Lost even being considered as a Best Picture contender. If enough conversation drivers like yourself and Mark Harris dismiss it in mid October, it’s more or less dead.”

Colleague: “Here is where we disagree. It’s a toss-up. 50/50 either way. It needs hardcore advocacy to get in.” My response: “A 95% Rotten Tomatoes score doesn’t signify there’s a significant level of hardcore advocacy out there? But this is being denied in a certain way by some in the blogger crowd dimissing All Is Lost as they go about ‘thinning the herd’ as you put it.”