This image from Florian Von Henckel Donnersmarck‘s The Tourist (Columbia, 2.16.11), via Worst Previews and Awards Daily, is obviously quite handsome. Nice atmosphere, well-balanced, intriguing undercurrent. And, as noted in other columns, it shows that after looking like a 36 year-old for the last several years, Johnny Depp, 47, has finally shifted (or settled) into Russell Crowe territory — a little bit beefy, that boozy widening of the features, face like a satchel, grizzled Rennaissance man. 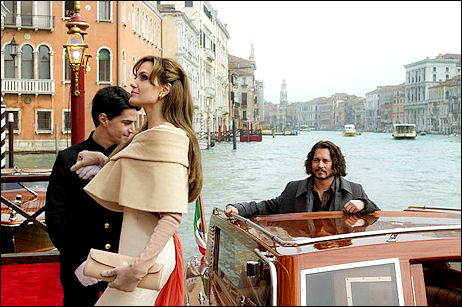 The Tourist is a remake of (or has certainly been suggested by) Jerome Salle‘s Anthony Zimmer, a 2005 French-produced feature costarring Sophie Marceau in the Angelina Jolie role (i.e., “Chiara” in the ’05 version, “Elise” in Von Donnersmarck’s) and Yvan Attal in the Depp role (“Francois” in ’05, “Frank” in ’11).

The ’05 film had to do with money laundering, mistaken identities, a certain amount of sex, identity substitution and plastic surgery.

“In Paris, the international police force and the Russian mafia are chasing Anthony Zimmer, an intelligent man responsible for laundry of dirty money in France,” the ’05 synopsis reads. “Zimmer has had extensive plastic surgery, and his new face and voice are completely unknown. The only means to reach Zimmer is through his beloved mistress Chiara, who is under surveillance of the police and the mobsters.

“While traveling by train to the country near Nice, a man named Francois Taillandier, who has the same body shape of Zimmer, is select by Chiara as if he were Zimmer and used as a bait to lure those that are pursuing her. When Taillandier is chased by the professional Russian killers, he seeks the aid of the French police when the real situation begins to be disclosed to him.”

Von Donnersmarck’s film, per the IMDB, “revolves around Frank, an American tourist visiting Italy to mend a broken heart” while “Elise is an extraordinary woman who deliberately crosses his path.” This indicates that Depp will perhaps play a double role with one of his characters looking just a little bit different than the other, but not enough to make a significant difference as far as his pursuers are concerned. 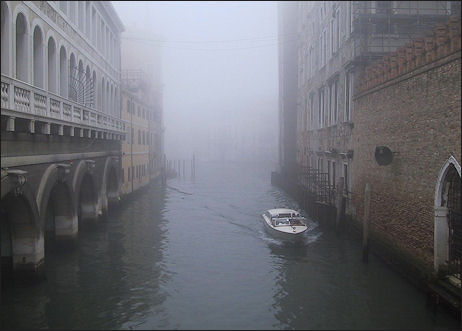 Snapped by yours truly about ten years ago.