“Dead” To The Studios?

New York/”Vulture” hip-hop homies Willa Paskin and Claude Brodesser-Akner have roughed up Middle Men star Luke Wilson in a piece about his stalled career. Maybe “stalled” is putting it too harshly. But “diminished” and “not happening like it was five years ago” are fair. The bottom line is that Luke is a good guy. He was perfect in The Family Stone. His direction of The Wendell Baker Story was charming and winsome. He just needs to (a) get lucky again and (b) drop a few pounds. 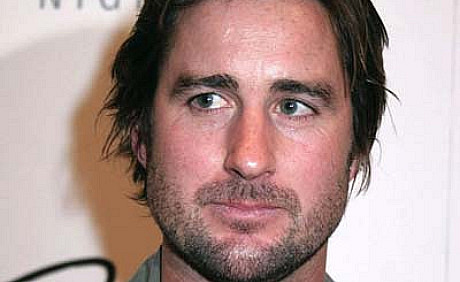 “Not so long ago, Luke Wilson was a promising up-and-comer, equally comfortable in quirky indies, dude-aimed bromances, and lady-targeted romantic comedies,” the piece begins. “A few years and questionable choices later, he’s probably best known as the guy trying to sell you cell-phone service in those much-mocked AT&T commercials. What happened?”

Here’s the toughest passage: “‘Luke’s career has become an example of what not to do,’ says an agent. ‘He may be valuable on the independent market, but in the studio world? He’s dead to the industry. He’s in actor’s limbo. He did six movies in 2007, but most of ’em are crap. Instead of doing six bad movies, do one good one. I mean, Vacancy? Are you insane? Putting him into genre thrillers for a paycheck?”

I wrote the following on 11.24.09: “I first saw Luke Wilson’s ‘better 3G experience’ AT&T ad yesterday. My first thought was ‘why is he doing this?’ Then I figured okay, the last thing he did that really connected was his nice-guy-brother role in The Family Stone, and Luke’s last semi-popular Eloi movie was My Super Ex-Girlfriend and…well, there’s also the fact that Henry Poole Is Here didn’t fly and TV ads pay pretty well. Nothing wrong with a little financial fortification.” I guess I was being too generous. I should have applied some judgment.