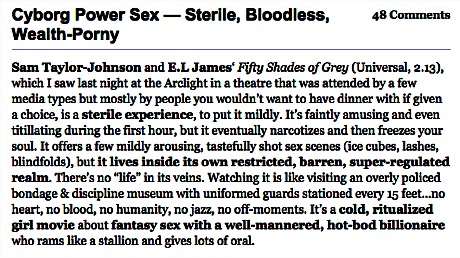 (3) “’I’ve always been good at people,’ he says, as though people were Scrabble or squash. He is interested in ‘what motivates them, what incentivizes them.’ Any woman should run a mile from a man who uses the verb ‘incentivize,’ but things could have been worse, I guess. He could have said ‘monetize.'”

(4) “Yet we should not begrudge E. L. James her triumph, for she has, in her lumbering fashion, tapped into a truth that often eludes more elegant writers — that eternal disappointment, deep in the human heart, at the failure of our loved ones to acquire their own helipad.”

(5) “Check out the Red Room: rack upon rack of cutting-edge bullwhips, a variety of high-end ass paddles, and more restraining cuffs than you can shake a stick at. And how much of this kit gets used? A mere fraction, and even then Christian, supposedly the maestro of pain, can do little more than brush his cat-o’-nine-tails over Ana’s flesh with a feathery backhand. He looks like Roger Federer, practicing gentle cross-court lobs at the net.” 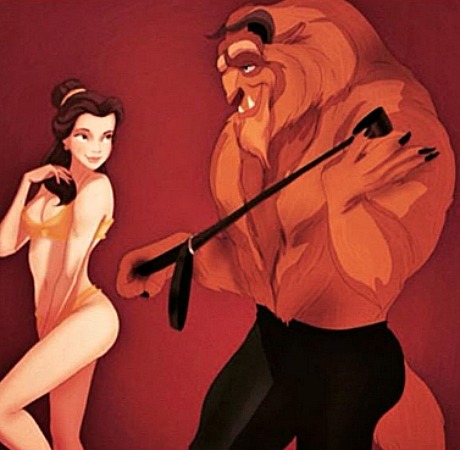