I’ll be a monkey’s uncle if Lukas Dhont‘s Close, which I saw last night, doesn’t win the Palme d’Or.

Okay, it might not win because Cannes juries have been known to blow off great or near-great films, but if it doesn’t there’s no way on God’s green earth that the film’s teenage star, Eden Dambrine (who’s now 15 and taller than he was during shooting last summer), doesn’t win the festival’s Best Actor trophy. And if both the film and Dambrine are denied, the jury will deserve exile on the island of Elba.

(This may sound like a harsh penalty, but I visited Elba 22 years ago and as places of exile go it’s pretty great. Just ask Napoleon Bonaparte.)

I’d heard a couple of days ago that this subdued, emotionally poignant small-town drama was a Palme d’Or favorite, but I also heard that one or two critics who’d attended an advance screening found it brutally manipulative, at least as far as the second half is concerned.

A similar kind of complaint was triggered by a third-act mutilation scene in Dhont’s Girl (’18), which I totally flipped for. The argument was that showing the film’s transgender protagonist (Victor Polster), a teenaged ballet dancer who’s simultaneously preparing for a performance and transgender surgery, commit a terrible act of self-harm sent the wrong message for trans kids — obviously a political criticism.

In Close a young male character is driven or goaded into an act that represents emotional finality in its most tragic form. Given my own history with intense teenaged feelings of romantic confusion and despair, I was shocked by this occurence but it didn’t register as beyond the pale.

Teenagers routinely commune with the blackest of moods these days, especially when confronted with social disapproval and whatnot due to being gay or trans or questioning in this regard. So what happens didn’t knock me out of the film.

The critics who are calling Close manipulative seem to be repeating the same charge that was levelled against Girl — that the film is sending a harmful message to struggling LGBTQ youths.

But the ultimate measure of a film’s value is not how well it articulates the most politically correct viewpoint on a given social issue, but how artfully and exquisitely it portrays what its characters are going through in elemental human terms, and the degree of subtlety that it uses to achieve this effect.

It’s 2 pm (I got up late because Close didn’t break until midnight, and I felt compelled to hit a cafe and talk it out with a friend until 1:30 am) and now I have to attend a 3:15 pm screening of Kelly Reichardt‘s Showing Up — the last “big”film of the festival. So I’ll continue the Close review later today. But make no mistake — in Steve Pond terms Lukas Dhont’s film is “the one.”

Repeating: If the Cannes jury blows it off, they’ll probably have to be smuggled out of Cannes in windowless vans and protected by private security. 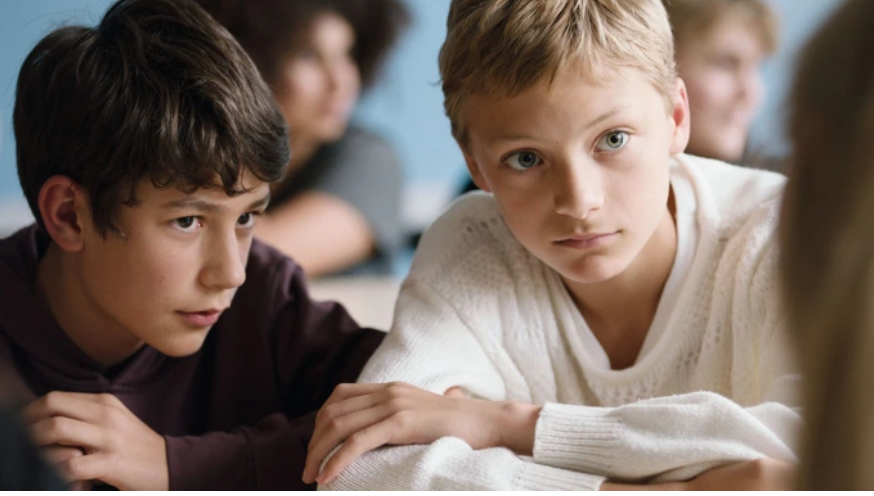 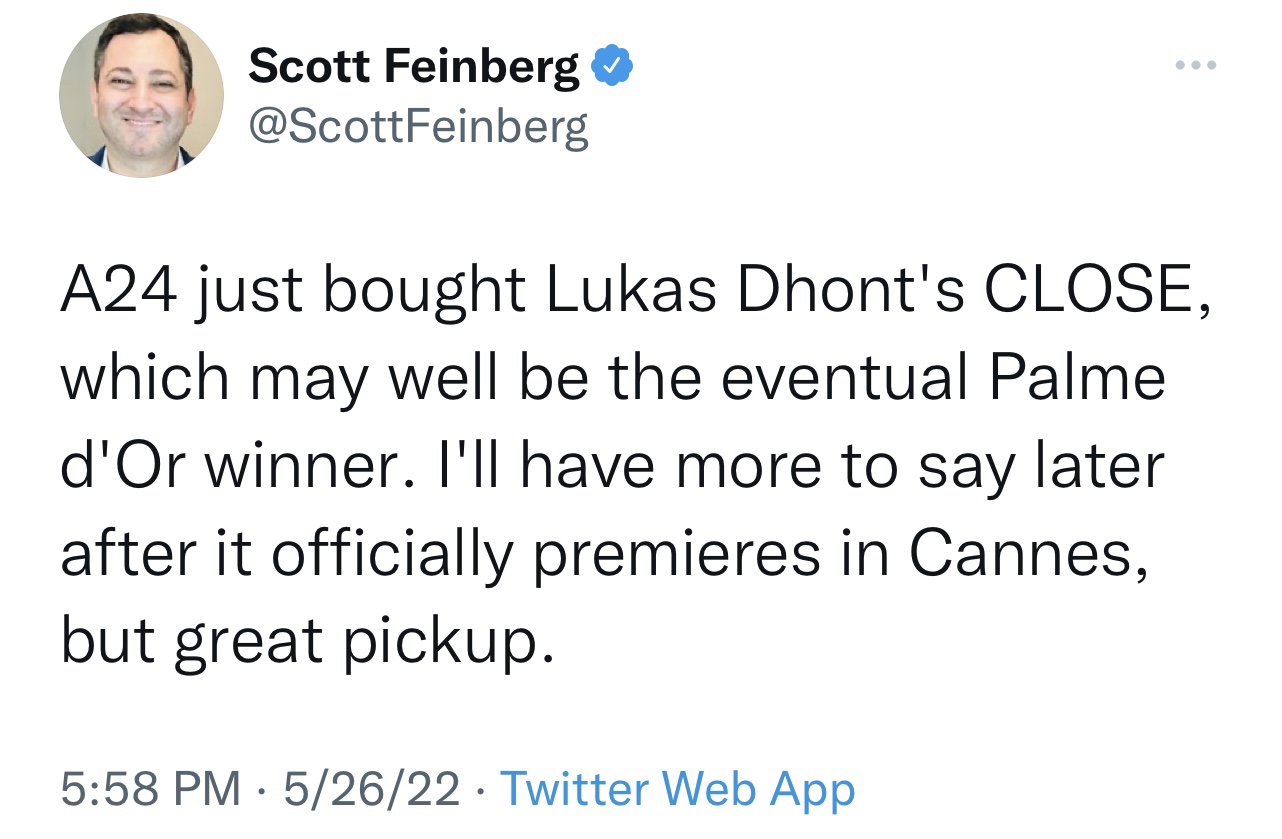