Urgent message to Josh Brolin (who reads Hollywood Elsewhere): McG, whose direction of We Are Marshall only partly mitigated his longstanding rep as a mindless energizer bunny and one of Hollywood’s leading usurpers of the art of narrative cinema, has told 213’s Jason Coleman that he wants to cast you as the “dream Terminator” in Warner Bros.’ Terminator Salvation: The Future Begins. 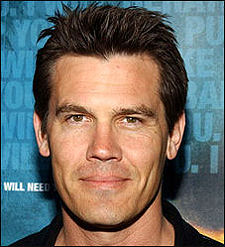 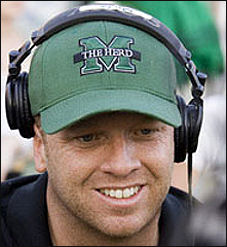 Your ship came in this year, Josh, and I’m sure your agent is telling you that right now is the time to strike the hot iron and take a couple of big-studio, hold-your- nose, straight-paycheck jobs to fortify your net worth. But not the third (technically the fourth) Terminator movie, man. And not with a spawn-of-Satan like fucking McG…please.
If you do this, in one fell swoop you’ll wipe out all the high-toned cred you accumulated last year from Robert Rodriguez, Ridley Scott and the Coen Brothers. It’s your life and your move. I’m just tellin’ ya man — not with McG. The fleas you’ll get from working with him will stay with you for years, I swear.

February 6, 2008by Jeffrey Wells74 Comments
« Previous post
If This Was a Movie…
Next post »
Heath did it to himself