Corrected with apologies: Birdman falling out of Cannes wasn’t enough. Now it’s all but certain that Paul Thomas Anderson‘s Inherent Vice won’t be going there either. This morning I spoke to an industry friend who’s seen Vice and who thinks it’s brilliant and mesmerizing in an atmospheric, non-linear sort of way. He says that Anderson, currently doing the sound mix, doesn’t really want to subject Vice to Cannes and would rather take his time and tinker around over the summer and then unveil it in Telluride/Venice/Toronto. 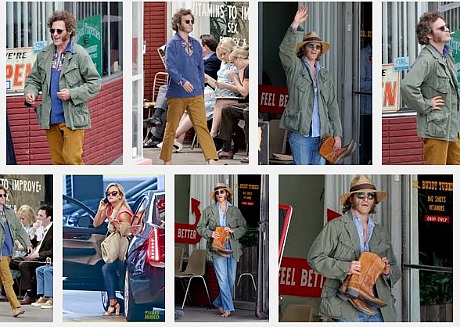 This follows what a friend told me a week or two ago, which is that Cannes topper Thierry Fremaux “has been courting and wooing PTA like mad to get Inherent Vice to Cannes, and that PTA has been telling him since January that it would be very tight for him to get post-production done in time and that he wouldn’t show it to Thierry until then. Perhaps PTA would privately like to go to Cannes, but I’m also told that Warner Bros. is against the idea, considering it too early given its December release date. If PTA insists and finishes the film to his satisfaction over the next couple of weeks, he could probably prevail over WB, but the latest I hear is that everything is still very much up in the air.”

Between this story and yesterday’s Birdman reports, it seems safe to say that neither Warner Bros. nor Fox Searchlight are especially enamoured of the Cannes Film Festival this year. It’s a near-certainty that Birdman and Inherent Vice will attract award-season heat and so WB and Fox Searchlight are most likely figuring “why go through the challenge and struggle and expense of unveiling in Cannes?” The downside if that people like me are all bummed out, man.