Responding to Robert Downey‘s upcoming portrayal in Ben Stiller‘s Tropic Thunder (DreamWorks, 8.15) of an Oscar-winning actor who gets a massive makeover in order to play an African American character in a war film, a complete boob posted the following yesterday on Just Jared: “I’m not black and I find it offensive. Are there not any talented enough black actors out in the world that they feel the need to hire a white guy to do a black guy?” 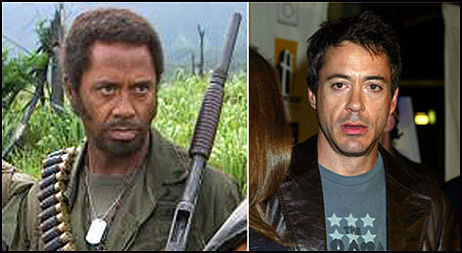 There’s no limit when it comes to the human capacity for massive cluelessness and stupidity. Where there’s a will, there’s a way.
Tropic Thunder is “about five actors who go on location and find themselves, through a series of freak occurrences, relying on their boot camp experiences when they get stuck in a real war-like situation,” etc. 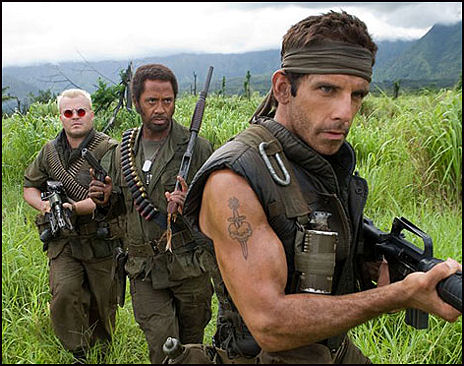 Downey has been quoted by Entertainment Weekly that if the performance is “done right, it could be the type of role you called Peter Sellers to do 35 years ago. If you don’t do it right, we’re going to hell.”
I think this aspect of Tropic Thunder is one of the funniest ideas to come along in this vein since James Whitmore starred in Black Like Me (1964). The other films in this vein are the much less entertaining Watermelon Man, with Godfrey Cambridge (’70), and Soul Man (’86) with C. Thomas Howell. 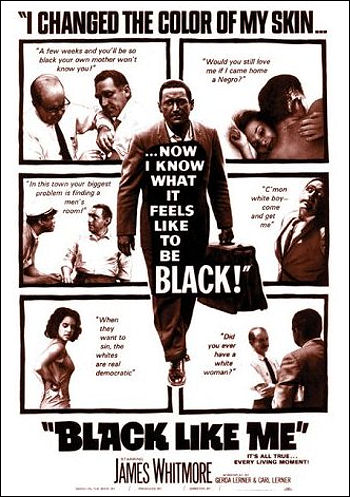