The first teaser for Damian Chazelle‘s La-La Land (Summit, 12.2) arrived this morning. A Los Angeles love story about a jazz pianist (Ryan Gosling) and an actress (Emma Stone) whose bond is tested by the usual pressures (ambition, hustling). It sounds as if Gosling can sing as well as I can when I’m imitating Mose Allison. Or as well as Ewan MacGregor sang in Moulin Rouge!.

The mood, thank God, is less Baz Lurhmann-y (cranked, glitzy) and more in the vein of Jean Negulesco‘s Daddy Long Legs. Not so much a tribute to classic ’50s musicals as a reimagining of that aesthetic, a fusion of then and now. I’m sensing that the dancing (none of which is shown here) will be kind of Fred Astaire-ish with a bluesy, slouchy ‘tude.

La-La Land‘s music — cool, jazzy, laid-back — is by Justin Hurwitz, who previously collaborated with Chazelle on Guy and Madeline on a Park Bench, which also did the “MGM musical with jazz influences” thing.

The feral public is going to have to be massaged and instructed before La-La Land opens in early December, the same way an emcee or comedian will warm up an audience before the headliner comes out. It will need film festival elitists to sing its praises for months on end, hence the debut at the Venice Film Festival and, I’m presuming, its likely appearance in Telluride, Toronto and New York.

I’ve never been on the Angels Flight funicular, which apparently has been closed since 2013 “pending resolution of a regulatory issue.” The operators were looking for financial donations late last year. 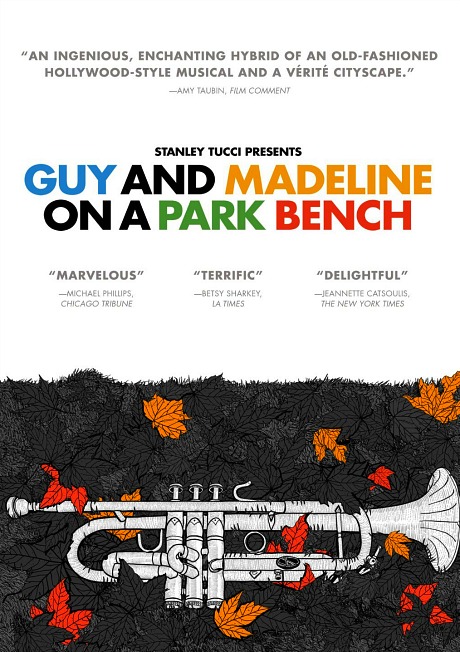