Drive Is Arty? Since When?

Boxoffice.com‘s Phil Contrino is projecting that Nicholas Winding Refn‘s Drive (FilmDistrict, 9.16) will open with $13 million and top out domestically at $42 million. Or, in other words, final earnings may be about about half of the $86 million that Fast Five took in its first weekend. They’re both fast-car movies, and that’s where they separate. 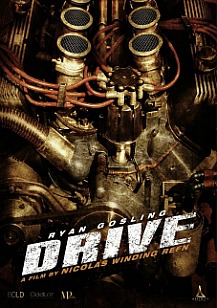 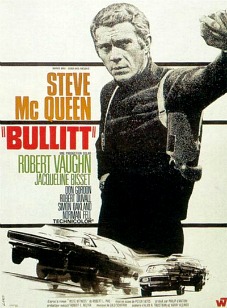 Drive will open in far fewer theatres, yes, and Fast Five is the latest version of a longstanding franchise brand that everyone likes or cheaply enjoys, etc. Of course, Fast Five isn’t one-third the film that Drive is. Fast Five is synthetic, revved-up cheez-whiz and Drive is a genuine, perfectly grilled Porterhouse steak with vegetables and sauteed potatoes and a nice glass of wine. And 80% American filmgoers prefer the cheez-whiz. Naturally.

A couple of hours ago a friend described Drive as “kind of an art film.” I choked when I heard this. “But Drive is more or less in the realm of Bullitt,” I said. “It’s different in this and that way but it could have been made by Peter Yates in the late ’60s or ’70s, or by Michael Mann in the early to mid ’80s. That makes it an art film?

“Would Bullitt be considered an ‘art film’ if it had never come out in ’67 and was released today? In 1967 Bullitt was regarded as a total popcorn cop thriller. But by today’s standards it’s seen as a bit somber and austere, my friend was saying. Not video-gamey enough. Terrific. What a degraded movie culture we’re living in today.”

Director Phillip Noyce (Salt, Rabbit-Proof Fence) saw Drive when it played at the LA Film Festival, and has this to say: “Drive‘s artful quirky touches and non-conveyor-belt sensibility certainly set it apart from most studio movies, but it’s a rousing entertainment that simply defies categorizing.”

July 23, 2011by Jeffrey Wells30 Comments
« Previous post
A Role Made for Ford
Next post »
Beware of Godz With Buzz-On