Yet another take on the slow eclipse of elite film criticism has been filed by L.A. Times columnist Patrick Goldstein (“The Death of the Critic”). 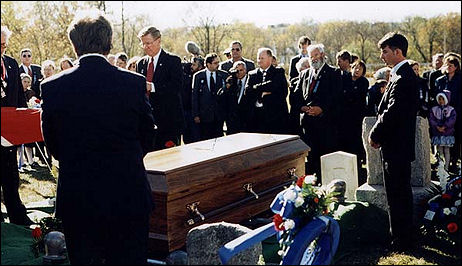 The piece is partly based on his having interviewed students from an entertainment reporting class at the USC School of Journalism, whom Goldstein and L.A. Times reporter John Horn visited last week at the invitation of instructor Charles Fleming.
“The internet has played a big role in [this process],” Goldstein writes. “It has promoted a democratization of opinion in which solo bloggers — most famously Matt Drudge — can outstrip mammoth news organizations. Whenever I spend time with young students, I see an even more intriguing concept at work. Although they are heavily influenced by peer group reaction to films or music, they do listen to critics, but largely as a group, not as individual brands.”
Key quote: “The age of the singular critical voice is ending — people prefer the wisdom of a community.”
Goldstein reports that “nearly [all the students] said that when they want to read up on a film, they often go to metacritic.com or rottentomatoes.com, websites that offer a healthy sample of critical consensus. As student Victor Farfan put it: “They put all the reviews in one easy, convenient, conglomerated source that gives you a breadth of opinions from trusted sources and some less familiar ones.”
“Other students acknowledge that they put little stock in critical opinion, lumping it in with the cascade of hype that accompanies today’s entertainment. ‘We tend to be wary of anything that seems over-hyped, whether it’s by critics or over-advertising,’ said Courtney Lear. ‘Personally, I trust certain actors, artists or directors from previous experiences. The Arcade Fire is playing in Hollywood? Their last album rocked my socks off. When do tickets go on sale? They’ve already gained my trust.’
“For a generation that lives on the web, even the most eloquent critics are distant thunder, rarely promoted well on newspaper websites and often reluctant to use blogs as a platform to spread their gospel. Even among savvy journalism students, it’s hard to find anyone who knows any critics by name.”