“Dune” Will Be Diminished

“3. It’s going to play a lot less well on television. Growing up, I once watched 2001: A Space Odyssey on a 16-inch black-and-white TV set, and it actually worked. That’s how great a movie it is. Dune is a lot less great. I would argue that it’s a reasonably commanding sci-fi parable that begins to run out of gas in its last hour. That’s because Frank Herbert, in the Dune books, may have been a better world-builder than he was a storyteller.

“The world of Dune, like the world of Lawrence of Arabia or the original Blade Runner, needs to overwhelm and envelop you. But if you watch it at home, the film’s narrative — is Paul Atreides the Messiah? Watch the House Atreides go down to defeat, and look out for that sandworm! — is going to stand revealed as the rather patchy affair it is. When you shrink the grandeur of Dune, you shrink its appeal.

In 2012 I saw the digitally restored Lawrence of Arabia projected at the Salle du Soixentieme in Cannes, and it looked beautiful. Four or five years ago I saw a 70mm Lawrence on a moderately large screen at Santa Monica’s Aero theatre, and it didn’t look all that great — half the time I was thinking how much better my digitally streamed 4K Lawrence (issued around ’16 or thereabouts) seemed. After I watched Sony’s 4K UHD Bluray version in June ’20, I called it “the most exciting and orgasmic home video experience of my life — a mind-blowing eye bath.”

What am I saying? That 70mm isn’t what it used to be, that a big-movie presentation has to be a first-class, technically flawless thing or nothing, that watching a film without Millennial mongrels eating pizza and cheese nachos nearby can be a blessed thing, and that seeing a big movie like Dune on a 65-inch 4K HDR screen isn’t necessarily a tragedy. 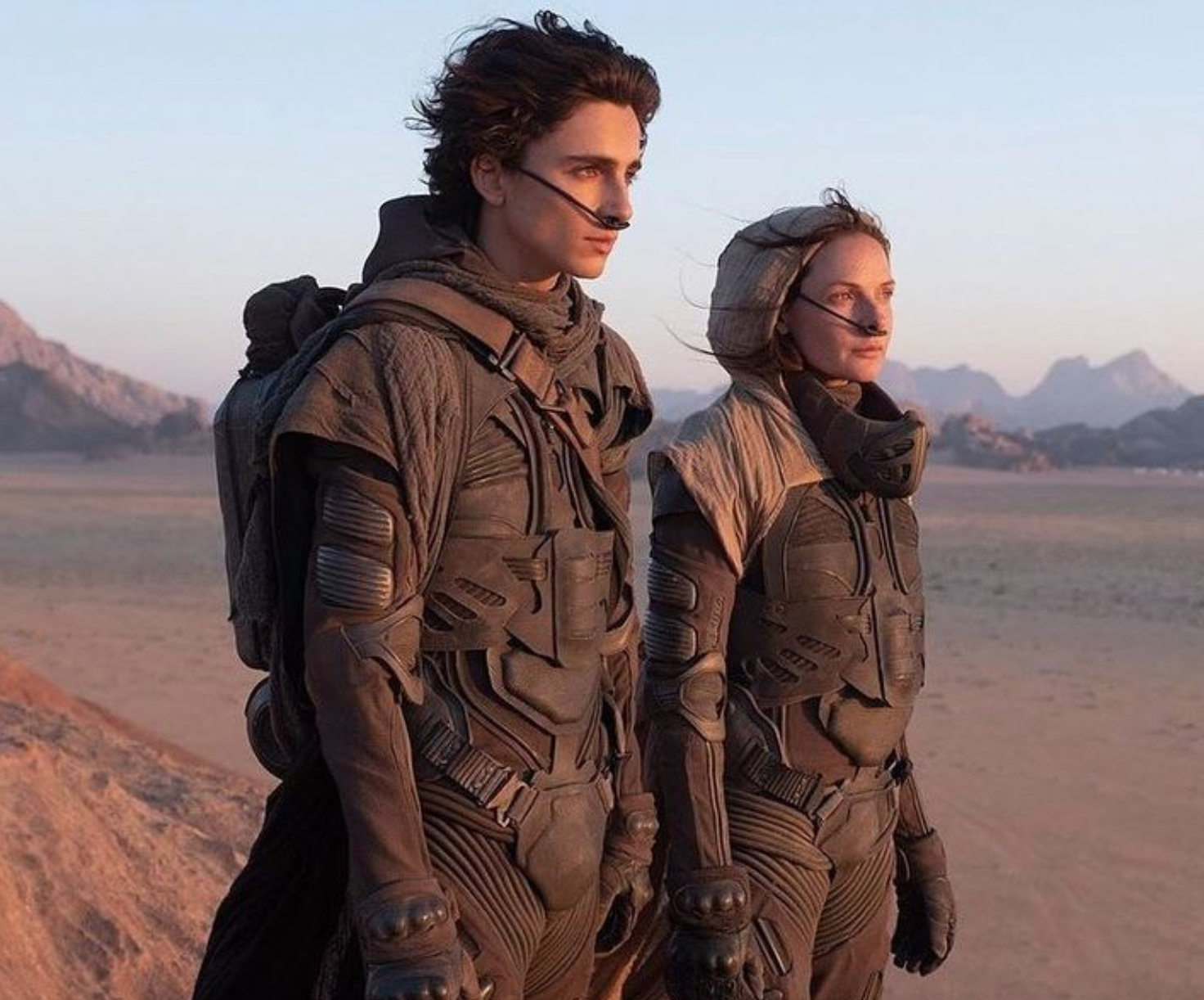