Early Bird Gets A Copy

Michael Wolff‘s “Fire and Fury: Inside The Trump White House” went on sale this morning at 9 am Pacific. I wanted a hardbound copy to have and hold, but I had this idea that others had the same thought and there’d be a line of 30 or 40 people outside Book Soup on Sunset. So I arrived at 8:30 am, and I was the third guy there. By the time the door opened there were eight or nine of us. No biggie.

It’s a fast, easy read — 310 pages — and it feels light when you pick it up. I don’t know where I got the idea that it would run 500 or 600 pages. Wolff got what he got from 200 interviews, and it only represents about 11 months in the saga — Election Day to October ’17 or thereabouts. It’s basically the Steve Bannon story, and the portions I’ve read are…I don’t want to use the word “hilarious” but so much of it is WTF-level.

It ends as follows: “Trump, in Bannon’s view, was a chapter, or even a detour, in the Trump revolution, which had always been about weaknesses in the two parties. The Trump presidency — however long it lasted — had created the opening that would provide true outsiders their opportunity. Trump was just the beginning.”

The Book Soup site is announcing that they’ve sold out of “Fire and Fury,” and that more copies will arrive in Monday, 1.8. 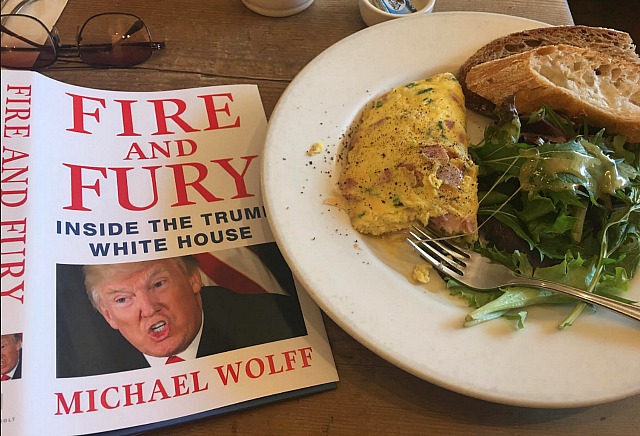 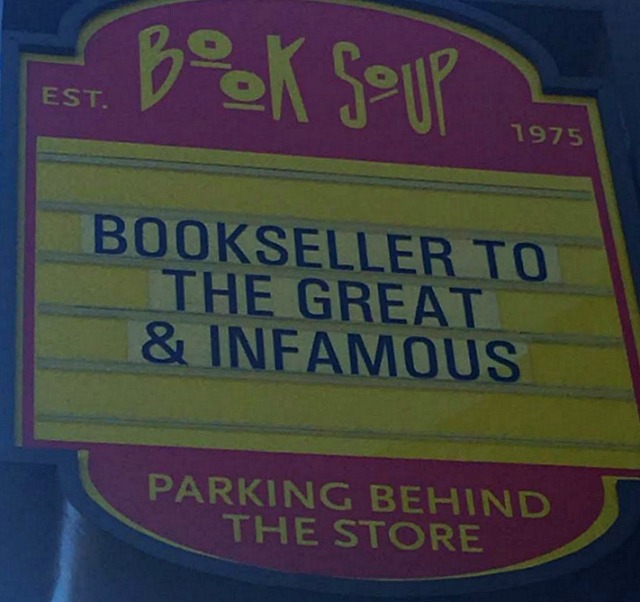