Barack Obama will be the first guest on David Letterman‘s new six-episode Netflix series, My Next Guest Needs No Introduction. The hour-long Obama episode will begin streaming on Friday, 1.12. The remaining five episodes will appear over the next five months.

My first reactions to the Obama booking? I really don’t think he’s doing the country any favors with his light-dab, almost hands-offy comments about the ongoing psychodrama at 1600 Pennsylvania Ave. Just like he avoided mentioning the Russian intel situation in the weeks before the ’16 election. He’ll probably skirt it again with Letterman, and that’ll be a shame. There’s a madman in the White House so enough with the cheerful smoothie thing, the “I’m not President any more so I can kick back now and relax” routine. 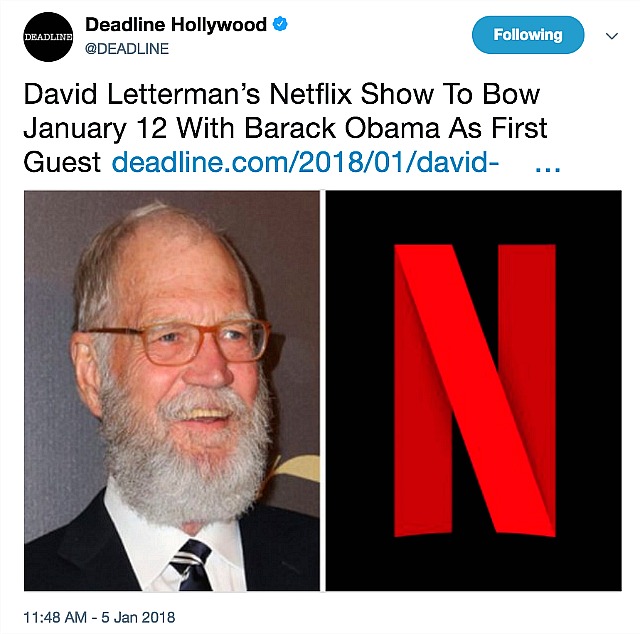