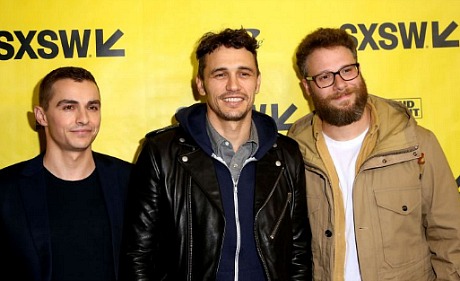 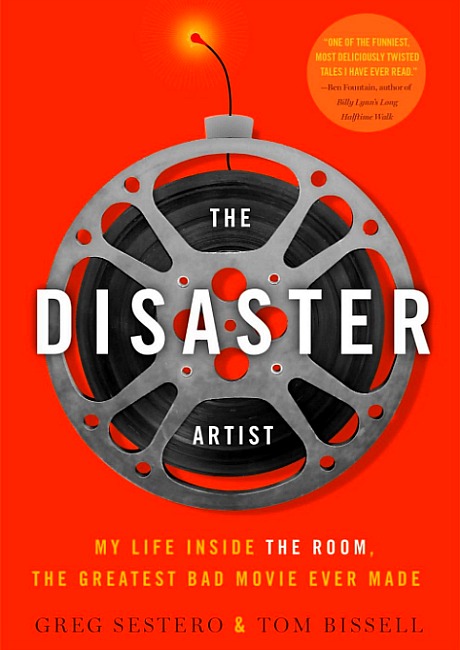 The bottom line is that while The Disaster Artist may be a worthy successor to Ed Wood or something even better, I’m from Missouri as far as all these SXSW reviews are concerned.

Always be a little afraid of a comedy with Rogen in it. The Rogen brand almost always means low, ironically coarse material with that huh-huh-huh laugh of his. Rogen’s schtick has been about pandering to stoned ball-scratchers. His participation alone scares the shit out of me.

“Franco scores on both sides of the camera in this wildly funny Ed Wood-esque ode to great bad movie-making, ” Rechtshaffen exclaims.

“The film is seen through the eyes of Sestero (Dave Franco), an inhibited aspiring actor who strikes up an unusual relationship with the certifiably odd Wiseau in a San Francisco acting workshop led by Melanie Griffith. 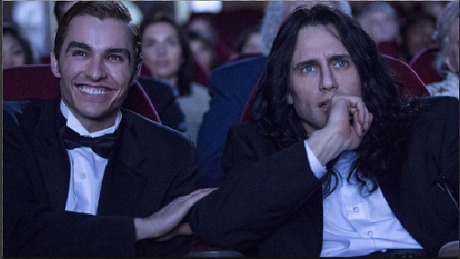 The Franco brothers in The Disaster Artist.

“With his long black hair, dark shades and fondness for wearing multiple belts, James Franco’s Wiseau could easily be taken for an aging Sunset Boulevard rocker with a vaguely Eastern European accent, even though he insists he comes from New Orleans.

“Taking Sestero under his wing, he brings him to Los Angeles where he has an apartment he seldom uses, and while Sestero quickly finds an agent (Sharon Stone) and a girlfriend (Alison Brie), the eccentric Wiseau isn’t as readily embraced. So he ultimately decides to call his own shots, writing and directing and starring in a self-financed would-be drama called The Room, instantly establishing himself as a triple threat — not in a good way.

“Franco, meanwhile, makes for a terrific double threat. While he’s clearly having a blast in the role of his career, he’s also a generous director who gives his all-star ensemble, also including the likes of Judd Apatow, Megan Mullally, Zac Efron, Zoey Deutch, Bryan Cranston and Jacki Weaver, ample opportunity to shine.

“Equally satisfying is the adaptation by Scott Neustadter and Michael H. Weber (the team behind 500 Days of Summer and The Fault in Our Stars) that strikes a giddy, winning balance between hilarity and heart.”

Update: Indiewire‘s Eric Kohn reports that while Warner Bros. was encouraged by yesterday’s positive response to The Disaster Artist, the fact that buyers have been invited to see it indicates that WB/New Line may not necessarily distribute the comedy. Developing…