Proud Obama supporter Rod Lurie (Nothing But The Truth) coughed up $28 grand to be part of a select group who got to “hang with Barry” in a fourth-floor banquet room at L.A.’s Dorothy Chandler Pavillion the night before last. 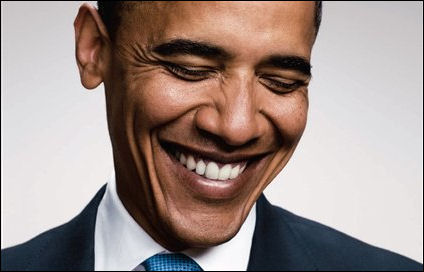 That’s obviously a lot of dough, but it’s for the right guy at the right moment, it allowed admittance for both the contributor and a plus-one, and it also bought a special pass into the Democratic convention in Denver. “It just seems to me that human beings so rarely have an opportunity to take part in something pivotal in world history,” Lurie says, “and I want to be there.”
Sam Jackson, 20th Century Fox honcho Tom Rothman, producer Steven Bochco, Dennis Quaid and Don Cheadle went for the same deal.
Obama, says Lurie, “arrived 45 minutes early and started going from table to table, yapping, spending a couple of minutes with each person. He was really starting to tease Sam Jackson. He said to him, ‘How many movies you make a year? Eight?’
“There was a lot more conversation than I expected,” Lurie recalls. “He said to me, ‘I just plugged your movie. Some reporter asked me my favorite movie president, and I told him Jeff Bridges [in The Contender].’ The Hollywood community has gravitated to him almost because he is like a movie hero. He really reminds me of Cary Cooper in High Noon. He is principled and noble and yet you sense that he has the capacity to unleash a torrential machismo if the time has come and that is all that is left. He likes to play poker, and he really does have a pop culture sense. He loves going to films. His favorite movies are the Godfather films…the first two, not part three. Don’t be coy. Nobody likes part three. 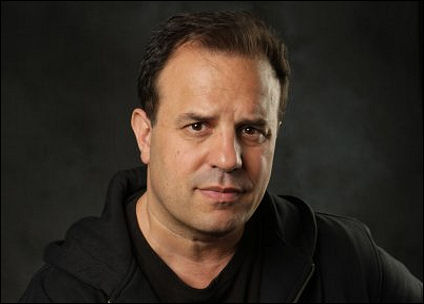 “Seal and David Foster performed ‘Train’s A’Comin’ together.
“You were at his Kodak debate with Clinton so you know how impressive a presence he is. There is something very elegant and noble about him in person that transcends how he appears on television. On camera (and even in the photos that we took) there is almost something flimsy or spindly-looking about him. But in person he has a kind of athleticism and bearing that will serve him well when berating Republicans in the Oval office or meeting heads of state.”