A few days ago good buzz was chasing Ian McCrudden’s Islander, an affecting drama about a Maine lobster fisherman (Thomas Hildreth) trying to get his life back on track after doing time for manslaughter, but then along came a pair of great trade reviews.
Variety‘s Justin Chang called it “powerfully atmospheric…a film that glides gently on a sea of understated emotions and character insights.” And the Hollywood Reporter‘s Kirk Honeycutt called Islander “an intelligent and compelling drama that deserves wider theatrical exposure.” 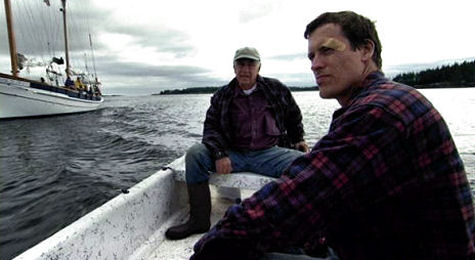 With reactions like these published on the same day (Thursday, 6.29) following two L.A. Film Festival showings, you’d think McCrudden, the film’s director and co-writer, would have been delighted.
But he wasn’t. A phrase in Chang’s review — “a lengthy, slightly awkward set-up” — compounded a feeling that McCrudden had since Islander‘s 6.26 showing at the festival that the beginning could be tighter. And so on the morning of Friday, 6.30, he decided to re-edit the opening — fast — so he could screen a slightly different version for Islander‘s last festival showing on Saturday, 7.1, at 7:15 pm.
< ?php include ('/home/hollyw9/public_html/wired'); ?>
The fact that McCrudden managed to recut Islander with time to spare shows how easy it is these days to re-shape a film on the quick.
McCrudden had the plan worked out when he called Islander‘s rep, Jeff Dowd, on Friday morning. “After watching the movie with an audience twice I said I think I can make some things work better,” he says, “and Jeff said, ‘Go ahead and do it….this is how the big boys make movies.’
“I have a low-resolution version of the film on my laptop, and I knew in my head what I wanted to do with it, so I simply sat down and did the re-edit on Final Cut Pro HD, which took me seven to eight hours with the work finished by Friday evening around dinner hour. 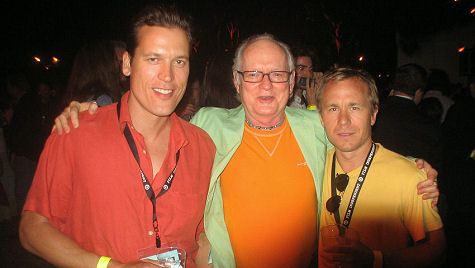 “The next morning at 8 am I took it down to Tyler Hawes at Hollywood-DI on Formosa, and we brought out the digital master and conformed it to the cuts I’d made on the computer.
“As it happened we had to eyeball it, or manually repeat the cuts, because the two programs wouldn’t speak to each other numerically, but it could have happened this way,” says McCrudden. “But the work took only two or three hours and was done by 12:15, which is when we left Hollywood-DI with a new version of the film on digital HD tape and headed over to Laemmle’s Sunset 5 and did a run-through.
After the 7:15 screening McCrudden mentioned the re-edit during the q & a. “I said it was kind of nice to have this new version and there were some people who told me they’d seen the previous version and noticed something had changed and knew it was faster, but couldn’t quite figure what,” he says.
This story doesn’t have a distribution punchline because, as Dowd said, there are “lots and lots” of distributors who haven’t seen Islander, so maybe there will be something to report down the road. For whatever reason, says Dowd, the L.A. Film Festival didn’t attract that many distributors across the board. 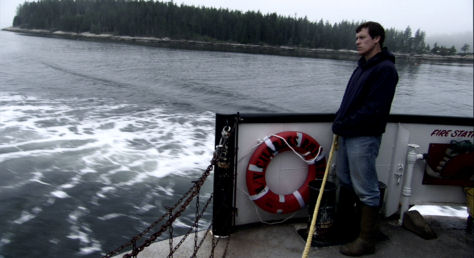 Honeycutt will be showing Islander to his UCLA Sneak preview class on 7.12 at the Writers Guild theatre. You’d think with those trade reviews and the fine-tuning that distributors will make the effort to show up this time.
If they don’t, says Dowd, “we’ll feed them to the lobsters.”