I meant to post this over the weekend but didn’t. 20th Century Fox’s Cinemacon presentation happened four days ago, but I have to mention what a knockout it was — a real “That’s Entertainment!” extravaganza complete with singing and dancing and white-glow-rod costumes. What a jolt to see the familiar Fox logo suddenly re-defined by white tubular neon — it took my breath away. I had to share at least this. 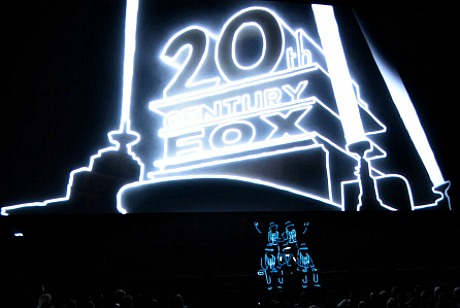