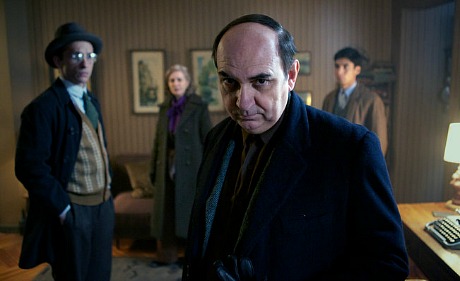 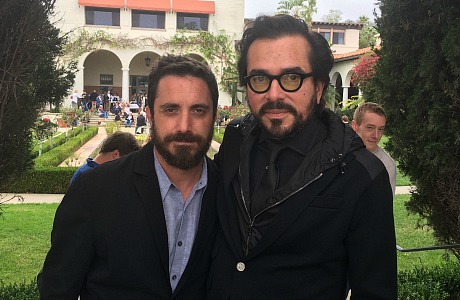 I didn’t care for Sergio Armstrong‘s murky, brownish, soft-focus photography. And I really didn’t care for the fact that some guy’s big, fat, crew-cutted head obstructed my view of the subtitles, which necessitated my having to lurch right and left throughout the whole film.

It was great meeting Pablo again. I could tell he was a tiny bit disappointed when I asked if Bernal’s character was in any way based on fact. Neruda has an Act Two scene between Bernal and Neruda’s wife (Mercedes Moran, who’s really good) in which she tells him “you are fiction, the poet is real and lasting.” (Or words to that effect.) I should have deduced from this that Peluchoneau is, in fact, a made-up fellow. The look in Larrain’s eyes was devastating.

Here’s what a producer friend wrote me last night: “Don’t know if you’ve seen Neruda yet, but I attended the Academy foreign film voting screening and it was widely disliked. The choice to tell the story through Bernal’s numbing compulsive voice-over made the film feel claustrophobic and sterile. And why Larrain chose to depict Neruda as such an unsympathetic asshole is a mystery.”

I told her I disagree but that’s what she wrote. 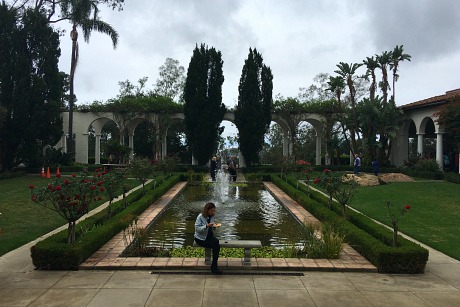 October 31, 2016by Jeffrey Wells7 Comments
« Previous post
If Marlene Dietrich’s Perfect Legs Could Talk
Next post »
Note From A Friend