From Jeff Giles‘ “When Neon Owned the Night — glitz, grit and the vintage glow of urban America,” posted on 5.10.19:

“Before evolution hit a snag, and we reverted to slouching and staring at our phones, human beings walked with their eyes up, looking at things. In the countryside, people contemplated church steeples, maple trees, clouds. In cities, they gaped at neon — and it was everything.

“In 1898, the Scottish chemist William Ramsay was collaborating with an English colleague, Morris Travers, when he discovered an inert gas, naming it ‘neon’ after the Greek word for ‘new.’ He went on to win a Nobel Prize for his work, though it did not occur to him to use his discovery to sell theater tickets or beer.

“It was the French inventor Georges Claude who sensed a new industry in the offing. Mr. Claude unveiled a neon light at the Paris Motor Show in December 1910, and went on to create all manner of signs for clients.

“By the 1930s, New York was ablaze with color, and Times Square was an enormous flame toward which countless moths fluttered.

“‘Visitors, too, arrive in New York to witness the nightly Vesuvius-like eruption of light,’ Richard F. Shepard wrote in the N.Y. Times in 1987. ‘They may patronize the theaters, movie houses, restaurants and bars, or they may not, being content merely to walk between 42nd and 47th Streets taking in the brilliant show only a tilt of the head above them.'”

The below was shot by N.Y. Times photographer Sam Falk and published 12.11.48: 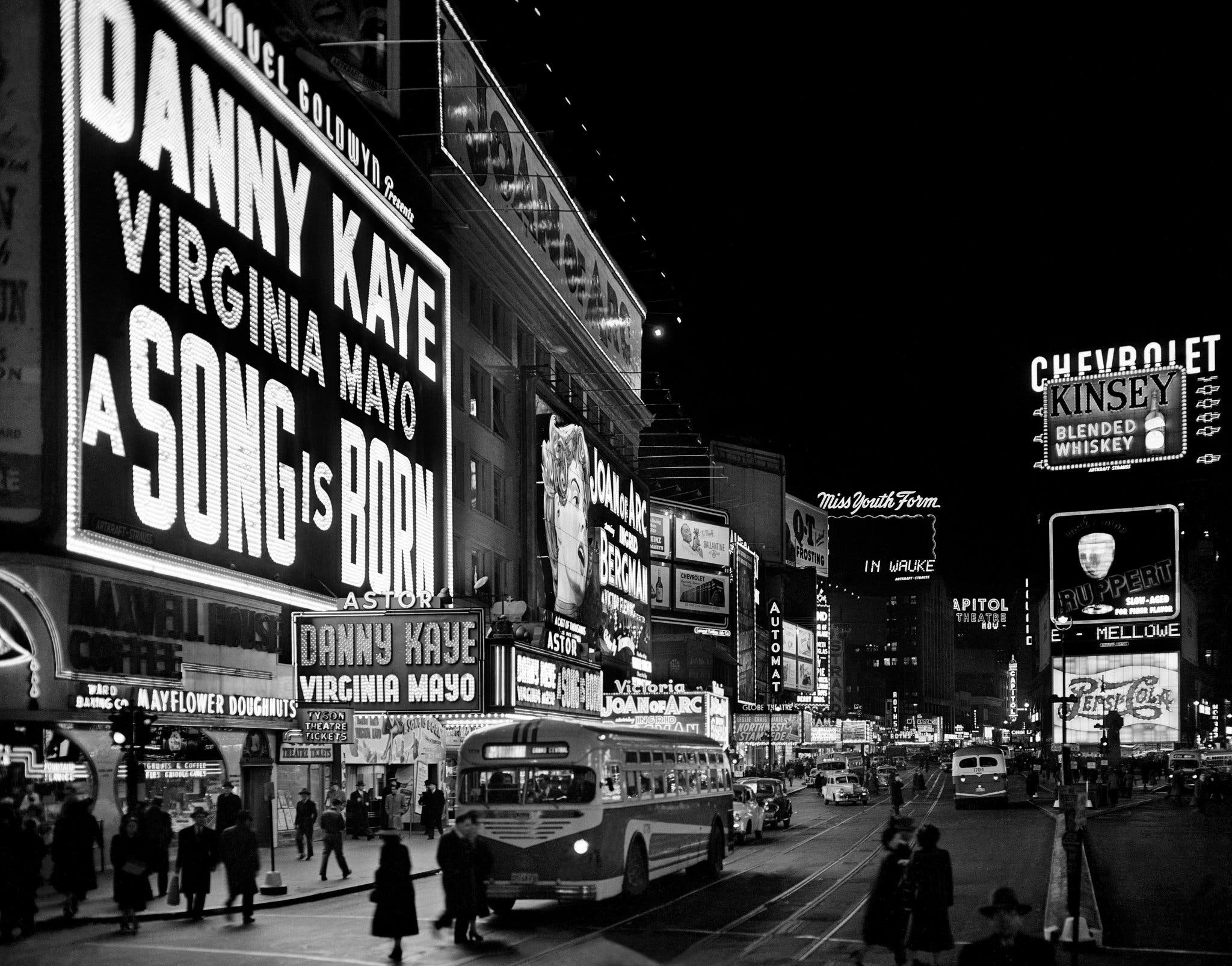