Gold Derby‘s Tom O’Neil has urged his Oscar experts (including myself) to make some predictions. It’s a bit silly to do this before Telluride/Toronto/New York but what the hell. Out of ten Best Picture spitballers, four are predicting David O. Russell‘s American Hustle, two are betting on Martin Scorsese‘s Wolf of Wall Street and two are predicting Alexander Payne‘s Nebraska. Except Nebraska is not going to win Best Picture — get real. It’s a good film, but on the Payne scale it’s a middle-ranger. Bruce Dern has a good shot in the Best Supporting Actor race (forget Best Actor) and it’s conceivable that June Squibb could prevail as a Best Supporting Actress contender. 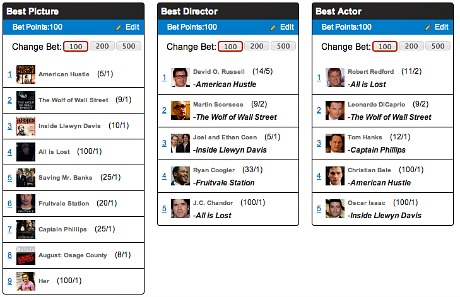 Gold Derby‘s leading Best Actor contender is Robert Redford in All Is Lost. Blue Jasmine‘s Cate Blanchett is running the Best Actress table. The Butler‘s Oprah Winfrey is leading in the Best Supporting Actress category, and Saving Mr. Banks‘ Tom Hanks has the edge in the Best Supporting Actor crap game. Redford, Blanchett and Hanks are locks in their respective categories, but I’m not so sure about Oprah. Her Butler performance is fine but she doesn’t have a rip-it-up scene. 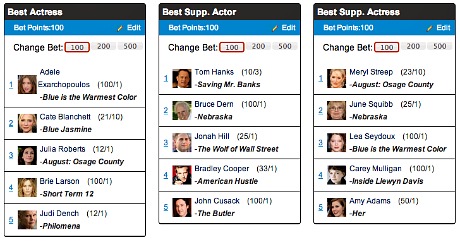 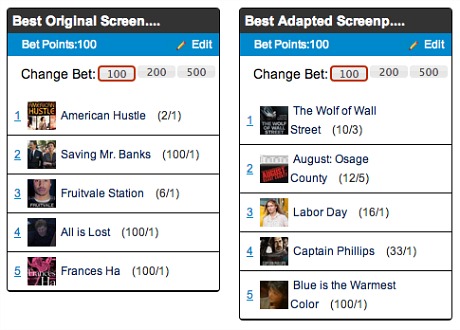