For saying it plain

Samantha Power, described as a “key foreign policy aide’ to Barack Obama, told The Scotsman that Clinton “is a monster….she is stooping to anything. You just look at her and think, ‘Ergh’. But if you are poor and she is telling you some story about how Obama is going to take your job away, maybe it will be more effective. The amount of deceit she has put forward is really unattractive.” 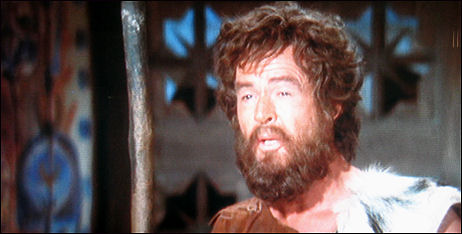 Power was forced to resign for understandable reasons. One of the most fundamental rules of public relations is that you can’t bluntly say what almost everyone believes deep down. In my book she’s a truth-speaker likeRobert Ryan‘s John the Baptist in King of Kings. King Herod ordered his head cut off for pointing at Brigid Bazlen‘s Salome and calling her a “daughter of abomination,” but John was at one with God’s heart. I am standing (well, sitting) here and telling, as God is my witness, the truth, which is that Power (a) should have been more careful but (b) she said it straight and true.