Bright Out — Forgot To Bring My Sunglasses

The 2015 Sundance Film Festival opening-day press conference was the exercise it’s always been — an attempt to define what the climate is and what’s changing, and an attempt by journalist to goad Robert Redford into giving them a tasty quote or two. The aging Sundance Kid was asked virtually all of the questions and obliged with his usual honesty. Festival director John Cooper and executive director Keri Putnam added their two cents from time to time. It was an okay discussion and frank as far as it went, but the answers at these conferences are always influenced by diplomatic sidestepping or at least a tendency to sand off the edges. Incidentally: I was struck by a bland, vaguely grotesque mini-mall across the street from the Egyptian theatre, where the conference took place. Bit by little bit Park City, which had a vaguely historic aura 20 years ago, is losing those remnants of the old mining town that it used to have. A kind of cultural blight is spreading. Shallow entrepreneurs catering to the rich and the tasteless are coming in and rebuilding it to fit their bullshit sensibilities. 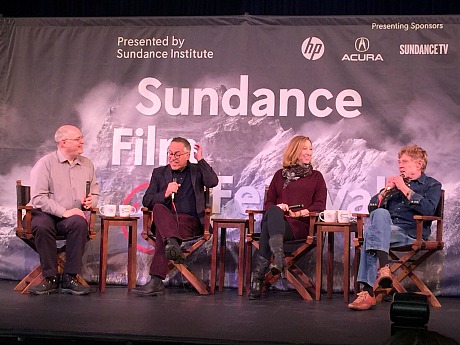 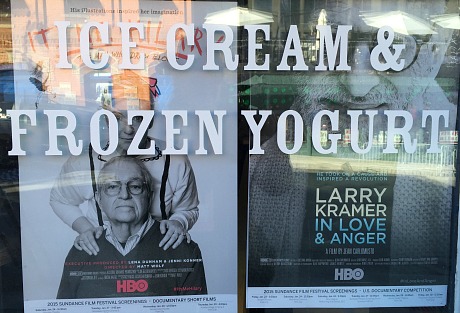 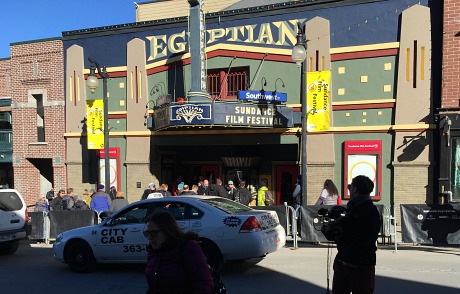 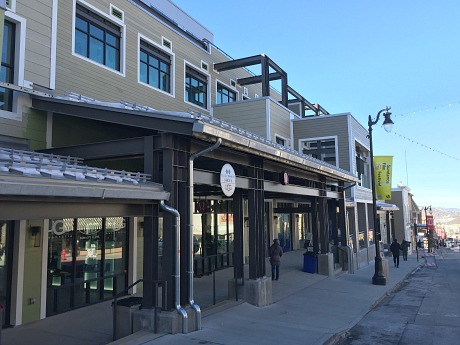 The ugliest addition to Main Street in many years — big and sprawling and exuding not a hint of personality or charm — a form of nouveau riche arrogance by way of architectural blight. 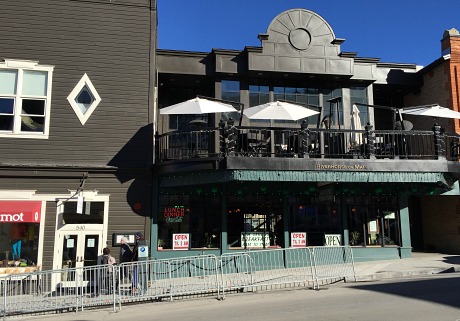 The Riverhorse Cafe used to be a pleasant gray — now it’s been repainted a dark gray with a touch of forest green. It almost feels funereal. No accounting for taste.

January 22, 2015by Jeffrey Wells3 Comments
« Previous post
“Even The Jungle Wanted Him Dead…”
Next post »
Musto Chats With Academy Chick: “If You Don’t Schmooze, You Lose”