Yesterday was a four-film marathon with barely a moment to breathe or assess. Okay, I had three-plus hours after seeing Bong Joon-ho‘s dreadful, cliche-ridden, Spielbergian Okja, which I knew would be splashy, showoffy kid-mulch going in, at 8:30 am, and then Jonas Carpignano‘s A Ciambra, a good-as-it-went, respectably compelling sequel to Mediterranea about a young teenaged thief (Pio Amato) coping with character and loyalty issues in a hardscrabble town in Southern Italy. But I couldn’t get down to it.

I wanted to at least tap something out about A Ciambra, which I saw at the subterranean Director’s Fortnight venue under the JW Marriott, but I couldn’t squeeze anything out. Guilt doesn’t get you there — writing does. I ate and napped and piddled around. In the late afternoon I posted three or four riffs about other subjects, but before I knew it I had to attend a 7 pm screening of Ruben Ostlund‘s The Square, followed almost immediately by Kaouther Ben Hania‘s Beauty and the Dogs at 10:15 pm. 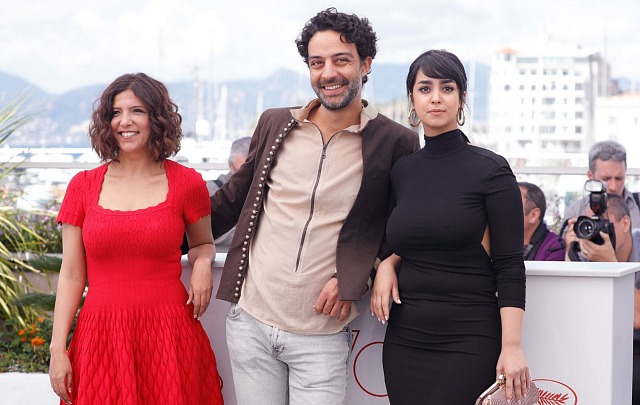 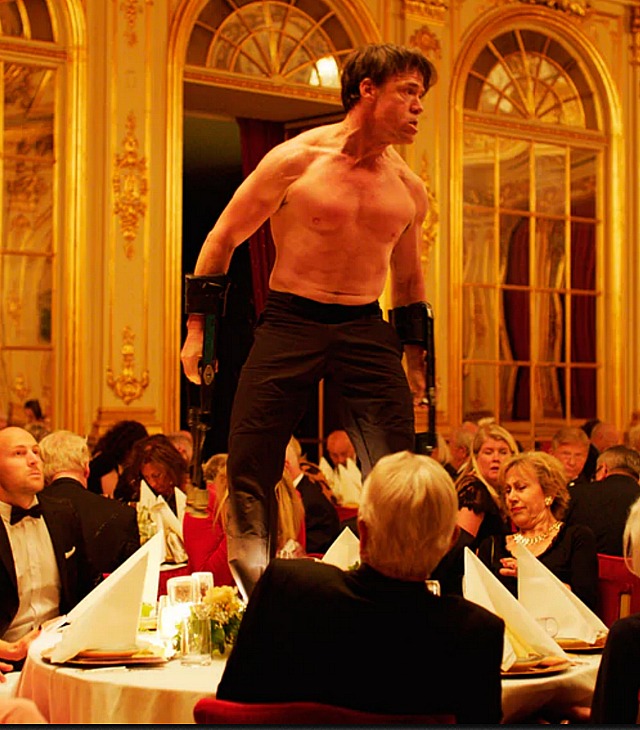 Ape-channeller Terry Notary (who has only a single scene — the star is Claes Bang) in Ruben Ostlund’s The Square.

In other words, yesterday really meant something because of a low-key, near-great, at times hilarious social comedy (Preston Sturges on Percocet?) followed by a harrowing recreation of a nocturnal post-rape trauma that happened in Tunisia in 2012, assembled with a series of eight or nine long takes and pushed through with a brilliant lead performance.

The finest of the lot was The Square, a longish (142 mins.) but exquisitely dry Swedish satire, mostly set among the wealthy, museum-supporting class in Stockholm. It’s basically a serving of deft, just-right comic absurdity (the high points being two scenes in which refined p.c. swells are confronted with unruly social behaviors) that works because of unforced, low-key performances and restrained, well-honed dialogue.

Ostlund’s precise and meticulous handling is exactly the kind of tonal delivery that I want from comedies. There isn’t a low moment (i.e., aimed at the animals) in all of The Square, whereas many if not most American comedies are almost all low moments.

Yesterday Jordan Ruimy tweeted that The Square is Leo Carax‘s Holy Rollers mixed with Maren Ade‘s Toni Erdmann. Except I didn’t find Erdmann even vaguely funny (for me Peter Simonischek‘s performance was painful) and I was constantly chuckling and chortling during The Square, so what does that say? I’ll tell you what it says: Fuck Toni Erdmann, although I’m certainly open to the Jack Nicholson-starring remake, if and when it actually happens.

The problem is that The Square stops being a perfect absurdist satire somewhere around the two-thirds or three-quarters mark and downshifts into a glumly moralistic thing that’s about the lead character (played by the handsome, Pierce Brosnan-ish Claes Bang) trying to face up to his errors and make things right.

There are four stand-out moments: a post-coital confrontation moment with Elizabeth Moss, an interview with a visiting artist (Dominic West) interrupted by a guy with Tourette’s syndrome, the already notorious black-tie museum dinner “ape man” scene with simian-channeller Terry Notary, and a hilariously over-provocative YouTube ad showing a little girl and a kitten being blown to bits.

Beauty and the Dogs, an Un Certain Regard selection, dramatizes a horrific true-life rape episode, covered by CNN and Al Jazeera, that happened five years in Tunis. A young woman (played in the film by Marian Al Ferjani) was raped by a couple of cops, and then alternately terrorized and brushed aside by reps of the Tunisian police force when she attempted to report the crime.

If Beauty and the Dogs was a competition title, Marian Al Ferjani would right now be the leading contender for the Cannes Film Festival’s Best Actress prize, hands down. She gives a brilliant, lacerating, jolting performance — one of the saddest and bravest from a newcomer that I’ve ever seen or felt at the festival in all my years of coverage, or since 2000. (My first Cannes was in May 1992, but I didn’t become a regular until eight years later.)

Okay, that’s it — I have to catch Robin Campillo‘s BPM — Beats Per Minute (Battements Per Minute) at 8:30 am, followed by an interview with Andrey Zvyagintzev. Update: Fuck it — I decided to catch the Campillo later today or tomorrow. I won’t be a slave to this insanely demanding schedule. I will do whatever I want at the time of my own choosing. Because I am the master of my fate, or so I’m telling myself. 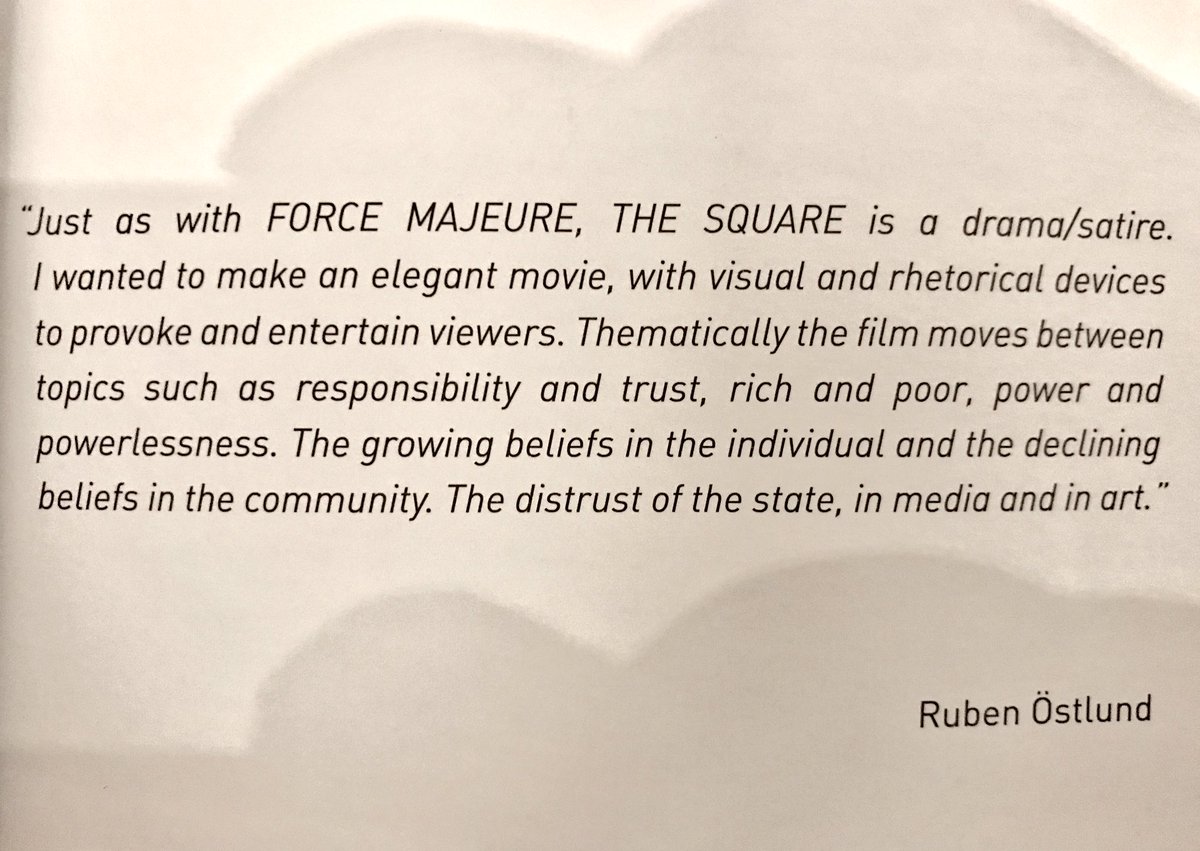 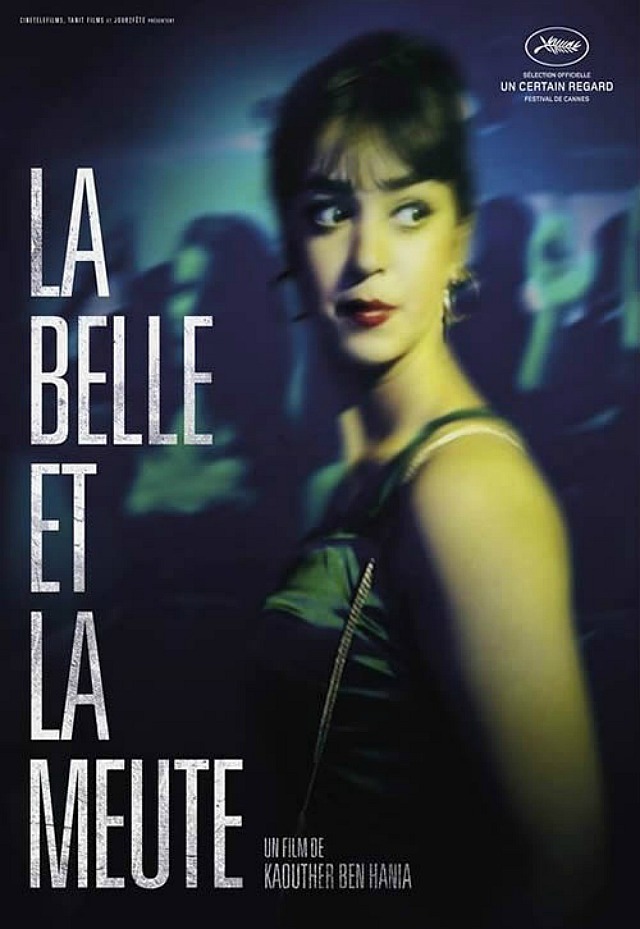