For years this photo, taken somewhere in central London during a June 2013 press junket for Edgar Wright‘s The World’s End, has tickled my brain. I can’t get it out of my head. There’s something about the communal gaiety of these obedient Wright fanboys, ecstatic and euphoric about hanging with their hero + their place on the promotional gravy-train express…I keep coming back to it.

If only I’d managed to become (or at least simulate being) a Wright worshipper, I too might have been part of one of the most iconic (and odious?) Hollywood fraternity photos of the 20teens….if only I hadn’t triple-hated Scott Pilgrim vs. The World…if only Baby Driver (three-quarters of which I genuinely liked) had come out before The World’s End…a lot of variables.

Who am I kidding? I’ve never felt much of an aesthetic kinship with the fellows in this photo…well, now and then & here and there as it might be, depending on the film, but they’re basically genre & fantasy geeks and fools for Wright and I’ll never be either…and even if I’d been there I probably would have avoided posing for this shot, not being a drinker and all.

Wright might some day make another film that works as well as Baby Driver…maybe. Last Night in Soho sure as hell missed the mark in more ways than one, and so he’s “down” right now. But he’ll be back on his feet before long. 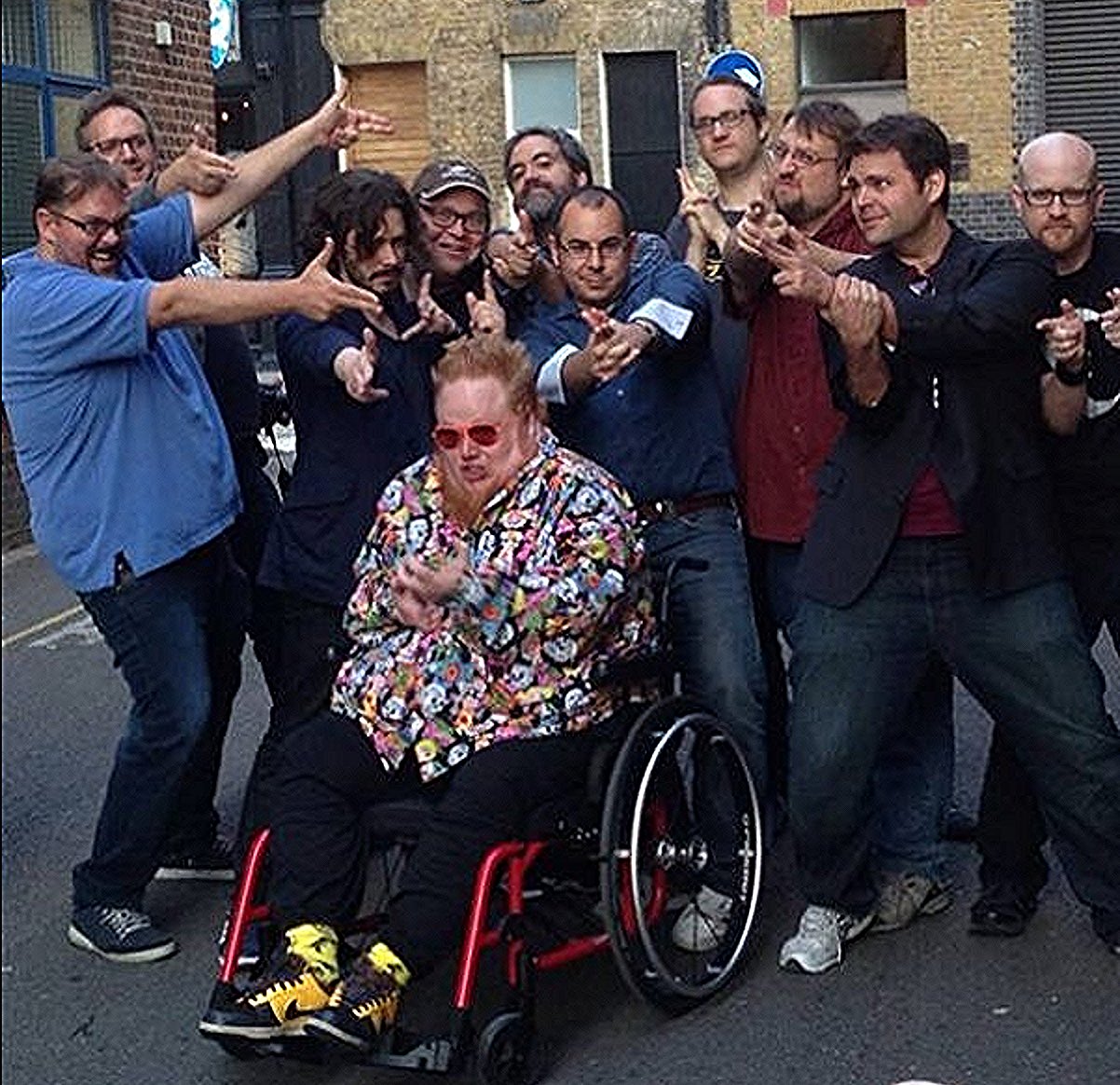 December 25, 2021by Jeffrey Wells22 Comments
« Previous post
Adam McKay Is Undoubtedly Flattered
Next post »
What Do The Simple Folk Think?