A win will mean legislative opportunity for Biden-Harris for at least two years and a temporary end to the malignant turtle reign of Mitch McConnell; if they both lose the general Republican insanity will continue unabated.

Friendo: Ossoff and Warnock are going to win. Trump has convinced Republican voters that the voting system is rigged against them and so there’s no point in voting.

HE: I hope you’re right. They’re slightly ahead in the polls but I think you’re right — it’s going to come down to Republicans staying home.Friendo: A majority of Republicans in Georgia actually believe their vote got scrubbed, deleted, or something like that during the 11.3 election count.

“What We Know About the Voting in Georgia So Far,” N.Y. Times, 1.4.21, reported by Lisa Lerer: “Three million people have already voted in the runoff races, nearly 40 percent of all the registered voters in the state, according to data compiled by the University of Florida’s U.S. Elections Project. That total surpasses the 2.1 million ballots cast in the state’s last Senate runoff election, which happened in 2008.

“The early voting data suggests that the races are very competitive. There are some indications that Democrats had a bigger share of the early-voting electorate than they did in the general election, raising hopes for a party that has traditionally been the underdog in runoff races. The Atlanta area, the Democrats’ political base, has seen some of the highest turnout rates in the state’s early voting.

“The outcome now depends on whether Republicans can overcome the Democrats’ early gains when they head to the polls on Tuesday. Rates of early voting have been lowest in the conservative northwest corner of the state, worrying some Republicans. But others argue that their supporters typically vote in higher numbers on election day and hope that President Trump’s rally on Monday in Dalton, a city in the northwest, will push more Republicans to the polls. 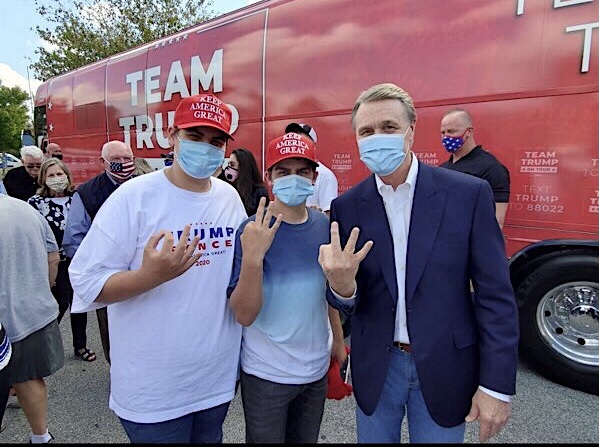