Get With The Program

I just took Clayton Davis‘s “How To Avoid Being Too Much of a White Person When You Vote for Year-End Awards” quiz. The idea is to check off all the current award-seeking films that (a) meet the Academy’s forthcoming diversity requirements, and (b) fall under the categories of Representative (20), LGBTQ (10), Taboo Issues (5), Disabilities (5) and Women Filmmakers (15). One point per film. 55 points total.

Clayton statement #1: “It’s important to say what this form is NOT. It is not a demand that you vote for these films. It is not a guide for a diversity quota so more people of color are represented in the film industry. It is not a document made to make a voter feel guilty about liking Green Book more than Roma or preferring Crash to Brokeback Mountain.” [HE comment: In 2018 and early ’19 there was definitely a coordinated campaign to shame and belittle fans of Green Book — it won the Best Picture Oscar anyway.]

Clayton statement #2: “It’s deeply believed that if industry voters have enough films of diverse and inclusive voices, there will never be a need for any quota or mandate, as people fear or suggest. To go further, Hollywood executives and producers will see the return on those investments with box receipts. Films like Lee Daniels’ The Butler ($116 million) and Get Out ($176 million) were smash hits with modest budgets, with the latter winning an Academy Award for best original screenplay (Jordan Peele).”

2020 films that are vaguely or mostly Anglo-favoring, non-representative, non-LGBTQ, non-taboo, etc.: Underwater, Dolittle, The Gentlemen, The Last Full Measure, The Rhythm Section, Birds of Prey, The Lodge, Horse Girl, Fantasy Island, Downhill, The Last Thing He Wanted, The Night Clerk, The Invisible Man, The Way Back, The Burnt Orange Heresy, Swallow, The Hunt, Lost Girls, The Roads Not Taken, Never Rarely Sometimes Always, Resistance, The Main Event, Extraction, Bad Education, The Wretched, Capone, Blood and Money, The Lovebirds, Artemis Fowl, The King of Staten Island, You Should Have Left, Irresistible, Greyhound, Palm Springs, An American Pickle, Waiting for the Barbarians, Tesla, Bill & Ted Face the Music, I’m Thinking of Ending Things , The Devil All the Time, The Nest, Blackbird, The Trial of the Chicago 7, Kajillionaire, The Boys in the Band, On the Rocks, The War with Grandpa, A Rainy Day in New York, Borat Subsequent Moviefilm, Jungleland, Let Him Go, Hillbilly Elegy, Mank, Dreamland, Sound of Metal, The Christmas Chronicles 2, Uncle Frank, The Prom, Let Them All Talk, Wonder Woman 1984, News of the World, Promising Young Woman, Pieces of a Woman. 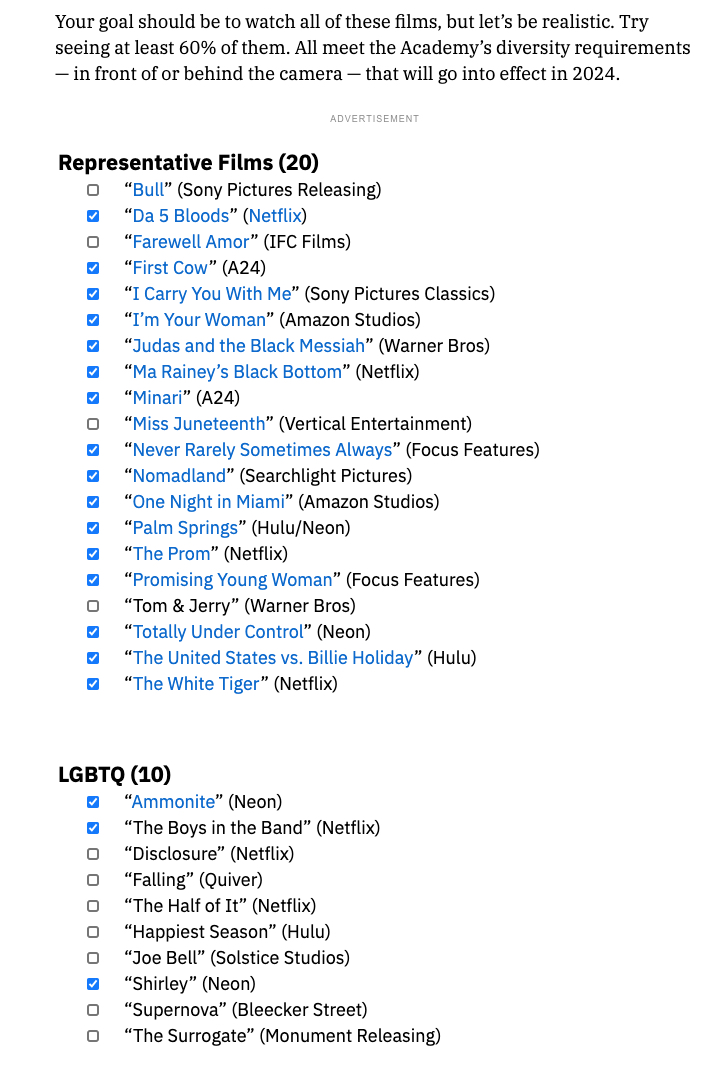 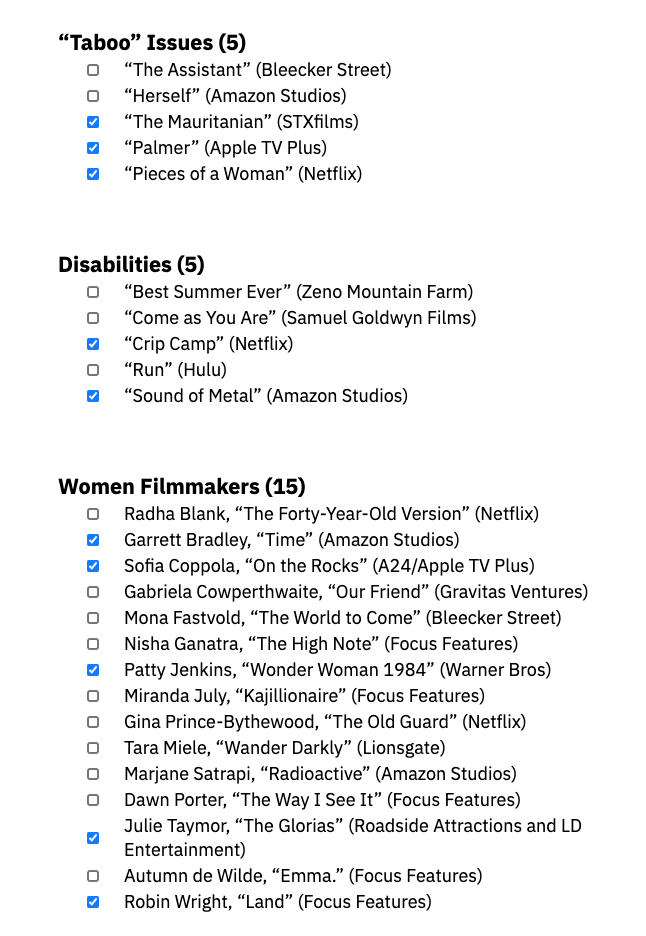