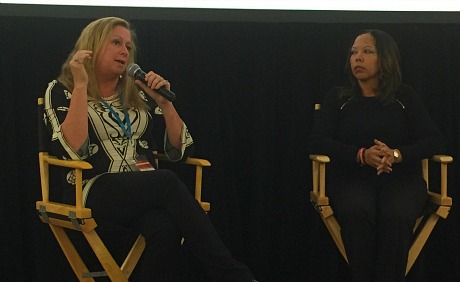 Schenck is so vague on the subject that you ask yourself, “What exactly does this guy want to see happen? Does he favor stronger regulations or what? Does he believe that the use of firearms should be as carefully regulated as cars and drivers? If so, why doesn’t he grow a pair and say that? And if not, what does he want?”

Disney and Schenck also speak to Lucy McBath, a pro-choice Christian and mother of the late Jordan Davis, who was shot three years ago in Jacksonville by an older white guy in a dispute over loud music. McBath attended the post-screening q & a with Disney. 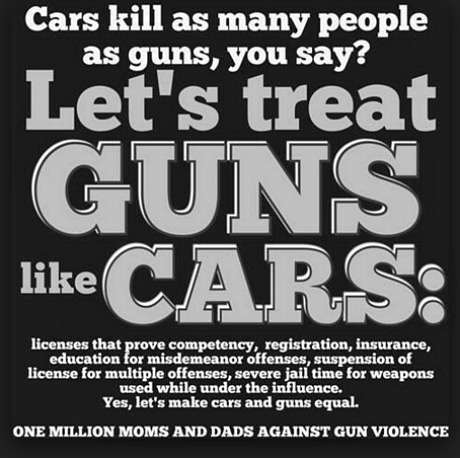 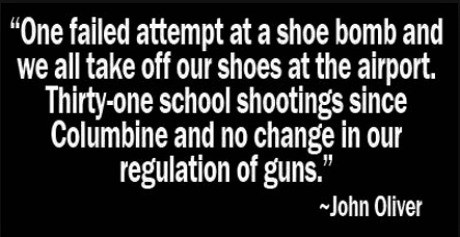 There’s a strong argument in favor of saying that rightwing gun nuts are as harmful to society as murderers, child molesters and heroin dealers. Because when you cut to the chase they’re basically about allowing unstable people relatively easy access to guns, and this ensures that mass shootings, which seem to have increased since Columbine and particularly over the last decade, will continue unabated.

This will continue to happen because gun nuts, who are overhelmingly white, rural, middle-aged and on the chubby side, are deeply in love with the feeling — the metaphor — of packing heat. This is because whites have been losing the power to make laws and shape the culture of this country, and so they’re clinging to guns, as Salon‘s Amanda Marcotte wrote early this month, as “a totemic shield…a way to symbolically hang onto the cultural dominance they feel slipping from their hands.”

Guns are not about protecting families, as NRA supporters are fond of saying. Or about stopping the perpetrator of the next mass shooting in a movie theatre or school or church. (Has a rightwing gun wacko ever shot a mass murderer or domestic terrorist in the style of Dirty Harry…ever?) Or defending one’s household when government goons try to kick down the door and confiscate weapons.

Rural gun nuts are simply scared shitless of being surrounded by the multicultural hordes, and on some level owning a nice, warm Glock or Smith & Wesson makes them feel better about this. That’s all it is. Don’t kid yourself.