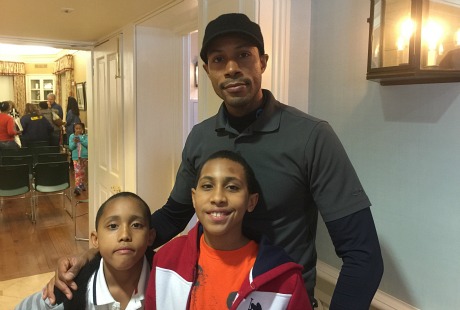 Winfield came up to me after the q & a ended. We discussed my annoyances with the film, blah blah. He didn’t say he agreed or disagreed. Mainly he listened and was very polite. He had a kindly attitude, a kind of serenity about him. The right-wing gunnies in Disney’s doc regard themselves as people of faith (gag), but Winfield’s vibe was a lot gentler than anything I heard or felt during the screening, or anything I had in my own head for that matter. I said hi to his two sons, shook his hand, got his name and email address.