“Everybody’s talkin’ at me…I can’t see their green faces…only the shadows of their eyes.”

Criterion’s Cowboy, a “4K digital restoration approved by cinematographer Adam Holender,” is described by Tooze as “significantly sharper” than MGM’s 2012 Bluray but “colors shift to be very green/blue. I found the teal-leaning very noticeable initially but I got used to it, and the improved detail is such a dramatic improvement over the older 1080P transfer. I have never seen it look this good.” 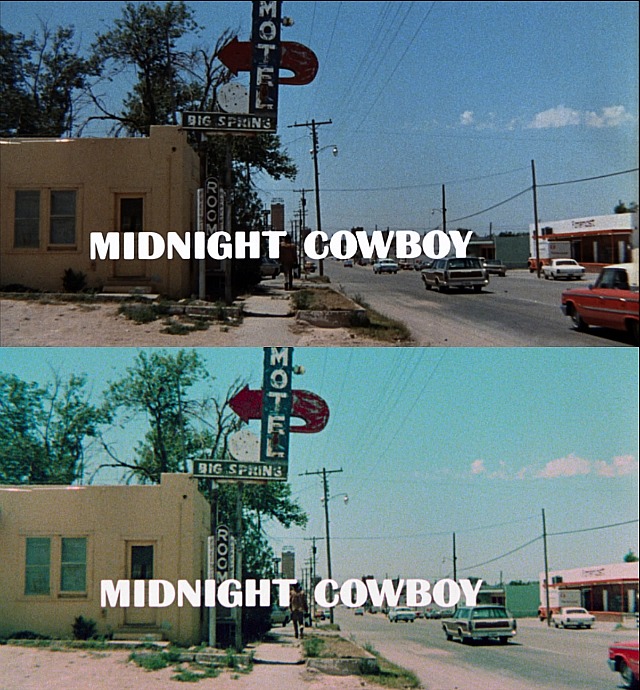 Are you telling me that Criterion’s greenish Cowboy capture [below] is the more natural-looking of the two? God’s blue sky is greenish turquoise in the Criterion. Has anyone ever seen a sky that looked this putrid?

Are you reading what Tooze is saying? He found the color-tint desecration of Midnight Cowboy to be somewhat off-putting and what-the-fucky, but then he “got used to it.” He decided to succumb to the greenish teal re-imagining because Criterion served it up and they know best, right?

Look at the main title image comparisons above — the browner, dustier, desert-tan version from the 2012 MGM Bluray is obviously more natural than the greenish Criterion version beneath it…c’mon! Look at the color of Jon Voight‘s shirt below this — blue in the older shot, blue-green in the Criterion. Look at the kitchen dishwasher — more or less natural looking in the MGM Bluray version, soaked in muddy green in the Criterion.

A little more than three years ago Criterion screwed up in a similar way when they horizontally compressed Brian De Palma’s Dressed To Kill while adding a greenish-yellow tint to the color. A public outcry led to a correction. Will fans of this legendary Best Picture winner go along with Criterion’s greenish-teal re-do, or will they grab their pitchforks and torches and march down to Criterion’s Manhattan headquarters? 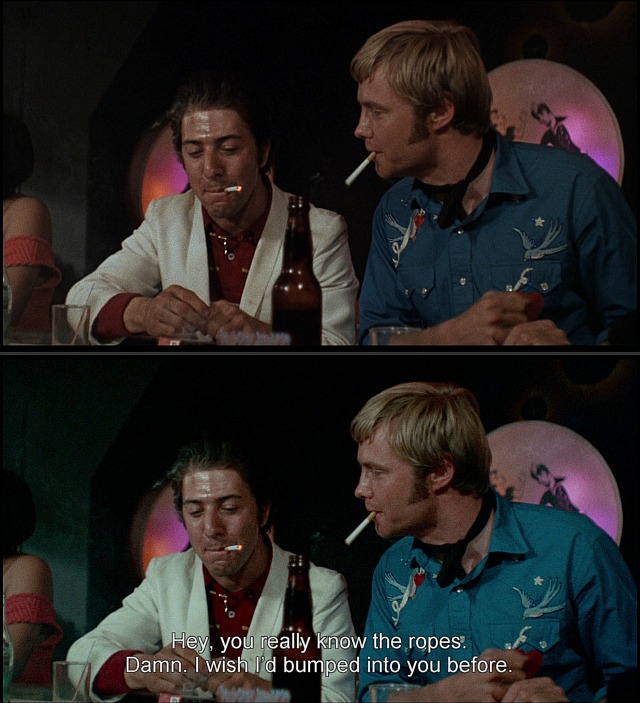 Jon Voight is obviously wearing a standard blue workshirt in the above capture, which is from the 2012 MGM Bluray. In the Criterion capture (below) his shirt has been dyed greenish-blue. 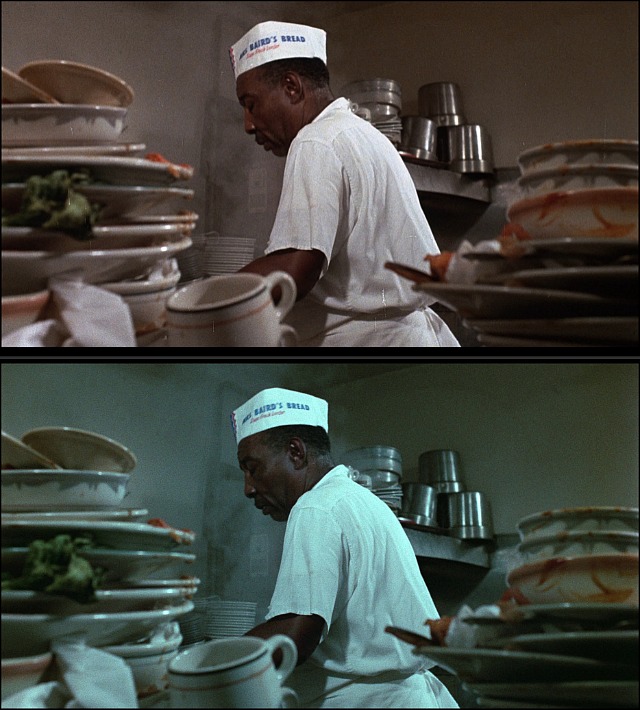