How Grim Was My Profession 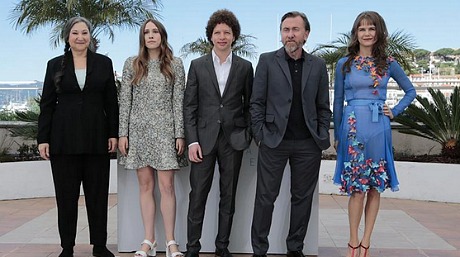 All I know is that the Cannes Film Festival is downswirling fast. My next torture session is with The Assassin, which starts at 2 pm at the Salle de Soixentiame. Tomorrow morning is Justin Kurzel‘s almost-certain-to-be-painful Macbeth, which I’m presuming is going to be as video-gamey and un-Shakespearian and simian-appealing as it can possibly be. I’m saying this as a huge fan of Roman Polanski‘s Macbeth, which I own a Criterion Bluray of.

May 22, 2015by Jeffrey Wells6 Comments
« Previous post
I Presume Letterman Will Now Do Something Else With His Life
Next post »
Wind Indiegogo Campaign Seems To Be Stalling