I had heard during the Cannes Film Festival that jury president Sean Penn was a big fan of Steven Soderbergh‘s Che. Now there’s a transcription of a Penn quote about the film on Kris Tapley‘s In Contention, taken from a new issue of Sight & Sound and provided by Guy Lodge: 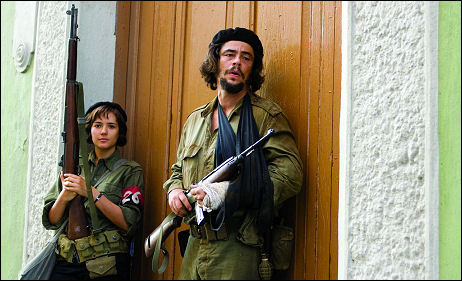 “Right through the festival I had no awareness of what the `buzz’ was, and I shut people down if they tried to talk about movies in front of me. But when I did a little bit of catch-up browsing afterward I read some of the stupidest, ugliest, most cynical responses to what had gone on, and I had the front-seat to be aware of their inconsistencies.
“Che is a great example. I pray it finds distribution in the four-hour-plus form I saw, because otherwise people will be missing out. The filmmaking is stellar: there are so many details in the execution of that huge story. Every sentiment about Guevara I’ve heard passionately expressed when I’ve travelled in Cuba and South America was not only dramatized, but without exposition, seamlessly, fulfilling the narrative.
“Then you have one of the first tour de force performances in film history [i.e., Benicio Del Toro‘s] that doesn’t rely on the close-up. 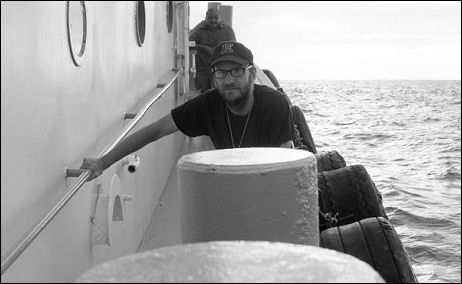 “This was a film, I later found out, that had some negative responses. [But] I was in a jury room of nine people with more expertise in their big toenails than any of the people writing in these papers, and nine out of nine wanted to go out and change the world afterwards.”
It has been sad and frustrating on my end to see what has happened with Che since Cannes — next to nothing — and to hear how so many distributors are saying “no effin way” to releasing it into U.S. theatres. I have heard that Wild Bunch is now asking for a lot less than their earlier $10 million demand for U.S. distrib rights.
Saying it again: the two Che films — The Argentine and Guerilla — have to be released in some limited but highly visible and vigorous way by someone in the fall or the holiday season so they can have their shot at awards season. And as sad a comment as this may be about American viewing appetites, they probably have to go straight to HBO right after this as this seems like the only viable option. The films will be be seen by many millions of viewers this way. Whereas in theatres alone, let’s face it, the customer count would probably be in the hundreds of thousands, if that.
Travel outside of educated blue territory and it’s a cultural wasteland out there. The WALL*E tele-tubbies will allmost certainly flip the channel if Che turns up their personal video screen.