Peter Berg and Mark Wahlberg‘s Mile 22 screened last night at the AMC plex on 42nd Street, and I was out the door after 45 minutes. The opening action sequence was/is pretty cool (does it bother anyone else that action films these days have to begin with a riveting, high-throttle, ultra-violent opener that will engage the ADDs, or roughly 80% of the audience?) but I began to think about bolting at the 20- or 25-minute mark. This was largely due to the hyper-hostile, super-aggressive dialogue, the primary source of which is Wahlberg’s Jimmy Silva, a hotshot commando type.

I wasn’t around when John Malkovich reportedly tells Wahlberg to “stop monologuing, you bipolar fuck!”, but that’s what I was muttering to myself early on. 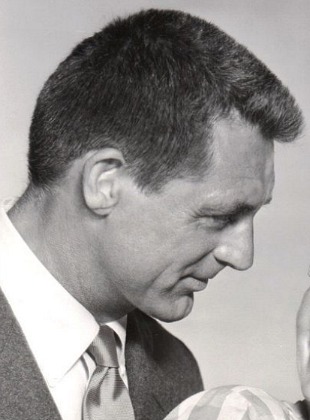 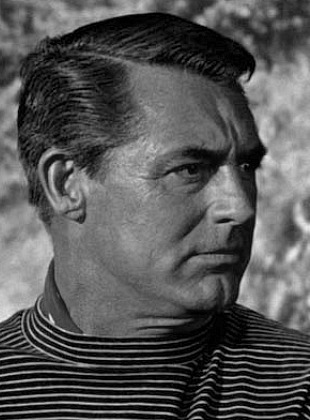 (l.) Cary Grant with crewcut in Monkey Business; (r.) as John Robie in To Catch A Thief.

The thing that finally tore it was Wahlberg’s shifting haircut stylings. His typical close-cropped do is a little longer in the opening sequence (fully grown in on the sides) but in the next scene he suddenly has significantly shorter hair, tennis-ball length on the sides with a hint of whitewall. Then it switches back to fully grown out, and then back to tennis ball and so on.

The male star of a film has to have the same hair style and especially the same length, start to finish — that’s an iron-clad Hollywood rule as well as a non-negotiable Hollywood Elsewhere demand. If a director can’t arrange for his actors to have the same look on a scene-to-scene basis, I’m gone.

Okay, walk that back. A hair change is allowable if the star/main character cuts it halfway through, as Andy Griffith did in Onionhead or as Cary Grant did after drinking the youth serum in Howard Hawks‘ Monkey Business or as Robert De Niro did in Taxi Driver when he went all crazy Mohawk. But no back-and-forth shifting around. I haven’t been this disturbed by abrupt hair changes since I watched Mickey Rourke‘s shifting hair color in Year of the Dragon (which Elvis Mitchell famously described as “mood hair”).

Imagine if the Berg-Wahlberg hair chaos had been adopted in Alfred Hitchcock‘s North by Northwest. Cary Grant‘s Roger Thornhill looking like his usual self during the Long Island post-kidnapping sequence (i.e., jousting with James Mason and Martin Landau in Lester Townsend’s mansion), and then suddenly sporting a crew cut when he and the real Townsend meet in that United Nations lounge, and then back to the usual debonair look when he romances Eva Marie Saint on the 20th Century Limited, and then back to the crew cut for the cropduster sequence.