I spoke last night with someone we’ll call Talent Guy, who just got back to town from a vacation and who spent most of yesterday soaking up the whole brouhaha about the way Viacom chief Sumner Redstone cut Paramount’s ties with Tom Cruise. And he had some pretty bold things to say.
I’m not saying his thoughts are the sum total of mystical godly wisdom out there, but I know his views reflect what a lot of big-time talent types are saying amongst themselves. 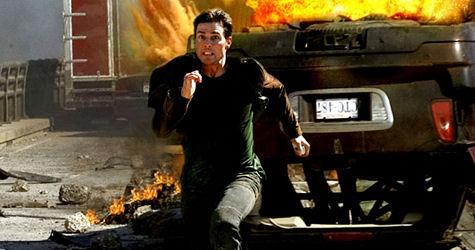 Before I get into Talent Guy’s words, bear with me for the last next six graphs. For others who are only just now getting up to speed, the 82 year-old Redstone blew a lot of minds Tuesday by telling the Wall Street Journal that Paramount was ending its 14-year relationship with Cruise’s C/W Prods. because of the actor’s “off-screen behavior”, which “was unacceptable to the company.”
As I wrote that day, it’s astonishing that Redstone would say this because it wasn’t really necessary to spell things out. The usual Hollywood routine in explaining a parting of the ways (creative or otherwise) is to use polite respectful terms, which Redstone obviously decided against.
< ?php include ('/home/hollyw9/public_html/wired'); ?>
In a New York Times story out today, various industry insiders were described as being “flabbergasted” at the manner in which Redstone lowered the boom.
Some have said why axe Cruise and his partner, Paula Wagner, for Cruise’s eccentric behavior now when the really loopy stuff (apart from the ongoing tabloid perception that Cruise is a manic control freak keeping Katie Holmes and daughter Suri under lock and key) happened in the summer of ’05?
Wagner put it to the Times that Redstone’s diss had put Paramount chairman Brad Grey and Viacom CEO Tom Freston in a “lose-lose” situation. 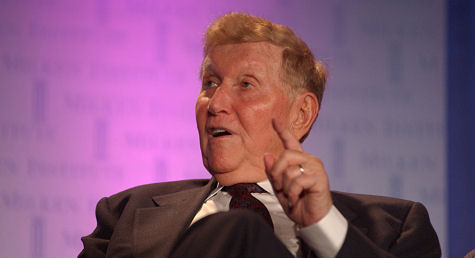 “If you didn’t know anything about this [statement in advance], how effective are you at running a studio?” Wagner said of the two executives. “Would anyone want to work with management that’s ineffectual? And if you’re complicit in it, would anyone work with a studio that devours its own?”
Talent Guy thinks that Redstone is getting old and stepped into this controversy partly because of the malady that 83 year-old guys all over tend to suffer from, which is that they can be blunt and cranky and intemperate. (My father isn’t far from this age, and he’s much snippier and ruder than he used to be.)
And yet, Talent Guys says, that doesn’t mean Redstone isn’t expressing what a lot of suits are thinking these days, which is “let’s make the big-dollar talent guys sweat — they’re still one of the biggest reason movies cost so much, they don’t necessarily justify the investment, they make too much back-end, they’ve overplayed their hand and it’s time for those of a strong corporate disposition to step up and swat ’em down and herd them back into the corral where they can be restrained and made to see reason.”
As one insider “suit” puts it, “Studios are making very little money on the big movies because talent deals are taking up too much of the back end. Gross players have to be trimmed down. Tom Cruise is the only one who made money on M:I:3, Peter Jackson is the only one who made out like a bandit on King Kong and Bryan Singer is the only one who came away rich, clean and cash-flush on Superman Returns. Back-end deals of this sort are fiscally imprudent and stupid in this environment.”

And yet Talent Guy, who knows a lot of others in his realm (A’s, B-plusses, B’s), says that the A-list people in Hollywood feel that “the suits have overplayed their hand, they’ve overbuilt their companies, staffed them with too many executives whose salaries are too high, and they need to be swatted down. They’ve turned this industry into a monopoly. They’re all in collusion and getting together and flattening it all down.
“This is the start of a whole Hatfield vs. McCoy war,” Talent Guys says. “Suits vs. top- and mid-level talent. There’s a lot of whispering and mumbling and grumbling at parties all over town, and I’m telling you it’s about much, much more than ‘is Tom Cruise a nutbag?’ or ‘is Sumner Redstone a nutbag?’ It’s really a fight for the soul and the future of this business.
“First off, let me tell you without a doubt that Will Smith, Tom Hanks, Adam Sandler, Jim Carrey, Ben Stiller, Cameron Crowe, Robert Zemeckis and a lot of other guys are close, close friends of Tom Cruise’s and they love him… they’ve all seen his baby, they all know he’s really in love, they all know it’s a crock of bullshit…they all know he shouldn’t have laid into Brooke Shields but guess what? So does Tom…he’s apologized for what he said.
“And I’m telling you that these people I’ve just named — the ten or twelve really big talents in this town that the studios need to worry about and keep happy — are not happy about how this went down, and they’re not happy about the Bigger Picture. 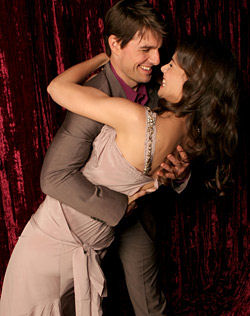 “From the talent side of view, we didn’t turn all these studios into these massive corporate conglomerates,” Talent Guy argues. “We didn’t make it a business in which it takes 200 executives to make 20 movies a year…they’re the ones who’ve created a business in which the cost of making movies is so expensive that there’s only a 5 to 7% return during a good time…if there was a purity to this business with the DVD money and foreign sales, this would be a huge cash business.
“The A-level talent guys in this town aren’t interested in playing this war out in the press, but the suits have decided that the way to beat these people down is through the press…but I’m telling you, we feel strongly about this. The suits have fucked this business up, not us. Quit laying the blame on movie stars. Don’t say it like that, don’t sell it like that.
“This Tom Cruise-Sumner Redstone thing is like a 9/11 flashpoint almost…maybe it’s more like the bombing of the Marine barracks but it’s one of those flare-ups that has a lot of people talking and getting mad. And it’s going to kick off a long war that’s going to play out over the next 10 to 15 years. And I promise you that in the end the studios as we know them now are going to crumble.”
Talent Guy and his brethren basically foresee a world in which it’ll eventually cost less to make and market movies, with a lot of the studio deadweight being jettisoned. They see a world with high-speed internet delivery of movies and direct-to-viewer marketing in which movies can be made and sold more efficiently than they are now, and in which they’ll own significant percentages of these films and therefore won’t need to demand huge upfront fees.
A world, in short, with the big machinery of developing and selling movies by studio executives sharply reduced in its size, impact and importance. Because they always push for the wrong kind of movies and they’re deadweight functionaries in many respects. And because studio accountants are liars. 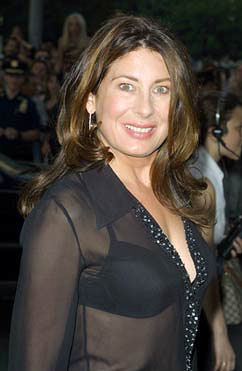 “If the studios had been honest about their share of the profits, you never would have talent costing what they cost,” he says. “But they lie so much and apply humungous fees and pay for their massive buildings and parking structures and charge ridiculous sums back to their own budgets for things they already own and are already getting incomes from…it’s ridiculous.
“And the bottom line is that eventually the studios won’t be able to afford their huge infrastructure, and they’ll start downsizing themselves and laying more and more people off, and they’ll become smaller and smaller distribution companies and releasing only their big tentpole movies. We don’t need all these executives…we really don’t.
“But the suits need the big stars and the big writer-directors much more than they think they do. Right now they don’t think they need them….they don’t have any respect for talent because of who they are, because they see movies as more of an animated CG music-video form with stars and directors and writers brought into the mix, at best, as seasoning.
“We didn’t bring on this culture of marketing running everything, and the movies talking down to audiences…of bringing the whole movie culture down to the interest levels of a typical 17 year-old high school boy or girl…or placing so much empha- sis on visual pizazz and special effects in movies and the letting the concept of marketing budgets hitting $40 or $50 or $60 million dollars become the norm…we didn’t do any of this, they did. 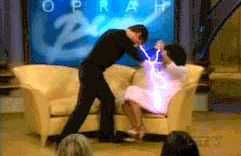 “I can see what people are talking about when they say some big movie stars make too much money, but they’re just getting what they feel is a fair and justified cut of a pie that’s been growing by leaps and bounds over the last 10 or 15 years.
“The far more pernicious element to me is the way the synthetic, quarter-of-an- inch-deep hugeness of movies today — their manic, pogo-stick, look-at-our- latest-cheap-trick mentality, the hyper-glossy aspect of everything they put out today — has become a kind of monster…a world in which guys like Peter Jackson and McG and Michael Bay and Brett Ratner are kings.
“Not altogether, thank fortune — not with guys like Chris Nolan and Alexander Payne and Steven Soderbergh and even Sofia Coppola and movies like Little Miss Sunshine…there are heart movies, personal movies out there, but the good things have happened and prospered in this town in spite of what the suits have been doing for years, which is playing it safe and low and shallow and trying to turn the whole magic-of-movies alchemy into something synthetic and shit-level and poisoned with CG.”
As for the problem of Sumner Redstone himself, Talent Guy thinks the only way for Paramount to restore itself in the eyes of the community is to gradually put him out to pasture.
First, put the word out now among agents and producers that, privately, Grey and Freston think Redstone has started to lose his bearings, and that they’re going to start making moves to take him out of the loop. And then wait four to six months and quietly announce that Redstone is going to devote himself to some new charitable foundation while lessening his day-to-day duties as Viacom chief. 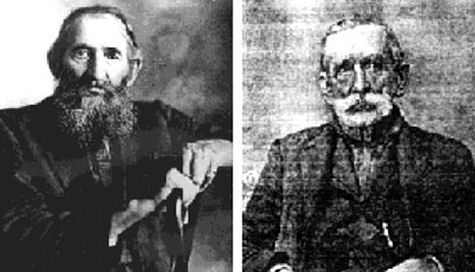 Of course, Talent Guy is leaping aboard the sentiment bandwagon voiced by guys like CAA agent Richard Lovett telling the N.Y. Times that “Paramount has no credibility right now…it is not clear who is running the studio and who is making the decisions.” And Cruise’s lawyer Bert Fields calling Redstone’s comments “disgusting” and suggested that “he’s lost it completely, or he’s been given breathtakingly bad advice.”
For what it’s worth, my insider “suit” feels that Redstone said it plain and straight. He feels that Cruise has melted down and is damaged goods, and that Steven Spielberg, for one, doesn’t see Cruise in warm friendly terms. “He thinks Cruise is eccentric and borderline irrational,” he says. “Spielberg always reacts to the bottom line, to the greed factor…and he thought he was robbed of millions and millions of dollars when War of the Worlds underperformed…he knows Cruise cost him a lot of money going public on Scientology the way he did.”
(Talent Guy says he knows that Spielberg takes money very seriously, but says his years-long friendship with Cruise is alive and well and undiminished.)
This source also says that Wagner has been talking to other studios for a while now about taking C/W Prods. to one of their lots for a housekeeping deal and “nobody bit. If anyone was interested somebody would have stepped up to the plate by now. Everybody knows C/W Prods. is looking and available, and if there had been a clamor, somebody would have stepped up. And in this climate, they haven’t. And that’s the bottom line.”