There’s apparently been some feelings of hesitancy among Lucasfilm staffers about the transfers of the original versions of the Star Wars flicks on those upcoming DVDs (due 9.12). This message recently went out from Fox Home Video: “Due to an internal decision from the [George] Lucas camp, we unfortunately will not be distributing any screeners for these three releases.” 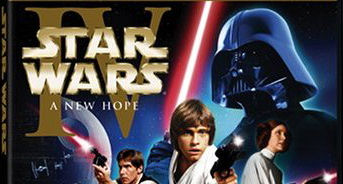 Did they do some kind of half-assed job (I’ve been reading all along that the DVDs would just be taken from the masters of the old Star Wars laser discs) that needed some last-minute tweaks or something? I mean, why not send out screeners? What’s the upside strategy in keeping the DVDs under wraps until 9.12? One assumes/presumes it’s because they’re afraid that the DVD reviewers will say the transfers look like shit. What other reading can I take from this? (Three calls to Fox Home Video this morning went to voicemail and yielded no callbacks.)